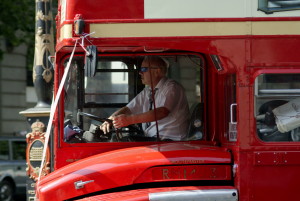 According to a recent report from ABC News, a bus accident in San Francisco resulted in serious injuries to 20 people, including a bicyclist, car passengers, pedestrians, and tourists on the bus. Investigators continue to look into the causes of the accident, but early witness reports indicated that the double-decker bus “went out of control” in the moments before the crash, according to another report from CBS News. What happened in Northern California? And how can San Diego residents and visitors to Southern California prevent deadly bus accidents?

The report from ABC News indicated that, before the collision occurred, the bus driver for City Sightseeing had been “driving erratically and speeding for at least two blocks.” The bus first struck a bicyclist before hitting two pedestrians. The bus kept going, and it did not appear to slow down even after it crashed into moving automobiles. One witness, according to CBS News, described the bus as “going very quickly through the intersection—like at least 40 miles per hour and it looked like it was going out of control.”

The bus did not stop until it plowed into a construction site in Union Square. By crashing into a construction area, the bus accident caused scaffolding to fall. Emergency responders reported that they had to “pull people out who were pinned underneath the bus and scaffolding.” A security worker in the area described the scene as horrific, and he recalled the sound of the collision as it occurred, “It was like a bomb going off—just the boom, boom, like it wasn’t going to stop.” Another witness reported that the bus did not appear to have working brakes given its path of destruction.

At the time of the crash, 30 passengers were on the bus. 20 people suffered personal injuries, and eight people were rushed to the hospital. One of those eight passengers who required hospitalization was reported to be a minor. Several days after the bus accident, four people remained in critical condition. We do not yet know if the accident resulted from driver error or a mechanical problem. Investigators have made clear that, as part of their standard operating procedures, they will look into the possibility of:

In 2011, the National Transportation Safety Board (NTSB) prepared a study on motorcoach safety. It gathered data and reported some of the following facts and figures:

Each year more than 240 million people took trips on charter or tour buses.
When accidents happen on buses, bus passengers tend to be relatively injury-free (around 45 deaths for every 100,000 accidents). Pedestrians, bicyclists, and occupants of other vehicles tend to sustain the brunt of the injuries reported in serious bus accidents.
Between 2005 and 2010, an average of 1,003 bus accidents occurred each year. On average, 32 were fatal (totaling 44 deaths), and 505 were nonfatal.