Back in 2009, a tragic accident in Southern California killed three family members when their SUV crashed into the back of an illegally parked truck. The truck accident left two surviving children, then aged 11 and 9. The surviving daughter, Kylie, filed a wrongful death claim and the 13-year-old girl just won a shockingly immense $150 million in damages, according to an article in the Los Angeles Times. 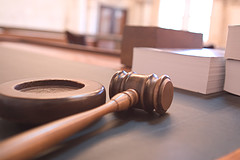 Wrongful death claims in California can lead to very high verdicts, as evidenced by the recent jury decision in the Los Angeles County Superior Court. If you have questions about filing a wrongful death lawsuit, don’t hesitate to contact the experienced California injury attorneys at the Walton Law Firm today.

Details of the Truck Accident

In November 2009, the Asam family had been traveling to Oregon for Thanksgiving. According to ABC 7 Los Angeles, the family’s GMC Yukon SUV “rear-ended and 18-wheeler parked alongside the freeway” in Sunland. The crash killed both parents, Michael and Shannon Asam, and their 14-year-old soon Brennan. The Asam’s two younger children, Blaine and Kylie, survived the crash but witnessed the fiery deaths of their parents and brother, who were trapped in the family’s car when it caught fire.

Nearly four years after the accident, Blaine Asam committed suicide, according to CBS Sacramento. As such, Kylie Asam was the final survivor to bring the wrongful death claim against the truck driver, Rudolph Ortiz, and his employer, the Watsonville-based Bhandal Bros. Trucking.

Details of the Wrongful Death Case and Jury Verdict

At trial, Kylie Asam’s case alleged that Ortiz had been parked illegally on the 210 freeway shoulder near La Crescenta, according to the Los Angeles Times. The area where Ortiz parked was designed “for emergencies only,” and he hadn’t turned on his trailer lights or his emergency reflectors, according to Asam’s attorney, Brian Brandt.

Brandt told the Los Angeles Times that Ortiz’s attorney argued that his client had pulled over “to take medication for a severe headache, which constituted an emergency,” and that “Ortiz had parked on the dirt to the right of the shoulder.” Yet, Brandt told the jury that Ortiz had “given multiple accounts of why he was parked in the area, including stopping to urinate and pulling over to sleep.”

The jury deliberated for three days before it returned with a verdict that found Ortiz “negligent for parking on the side of the freeway in the early morning darkness without leaving on any light or emergency reflector,” according to CBS Sacramento. The jury found Ortiz and Bhandal Bros. Trucking jointly liable for more than $150 million in damages. That amount includes $8.75 million awarded to Kylie’s brother, Blaine. That $8.75 million will pass to Kylie, and it will be placed, along with the remaining damages, in a trust until she’s 18 years old.

Referring to Kylie, Brandt explained that “it’s hard for her to comprehend the scope” of this verdict, yet he emphasized that he hoped it would “send a message to the entire trucking industry and the nation,” telling drivers “they can’t endanger us.”

Have you lost a loved one because of another person’s negligence or bad act? Don’t hesitate to contact an experienced California wrongful death lawyer. There’s a statute of limitations that governs the amount of time you have to file a case, so it’s important to seek legal counsel as soon as possible.