As you might have heard, Johnson & Johnson has been facing many lawsuits in both state and federal courts related to its recall of faulty DePuy hip implants. DePuy Orthopedics is a Johnson & Johnson company. Just last week, it looks like Johnson & Johnson reached a $4 billion (or more) settlement, according to an article in Bloomberg. This news arrives less than a year after Johnson & Johnson lost its first case in Southern California. Last March, a jury in Los Angeles awarded a Montana victim more than $8.3 million in damages connected to his injuries from the DePuy hip implant. And the March verdict wasn’t the only DePuy payout in California. Indeed, DePuy Orthopedics reached a settlement just last month with Robert Ottman, a plaintiff whose lawsuit was scheduled for trial in San Francisco in the Superior Court of California. In short, product defects can lead to large payouts. 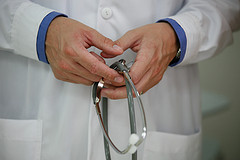 And as you can see, Johnson & Johnson hasn’t been winning its hip implant cases in California. The recent $4 billion settlement suggests that other victims of the faulty DePuy hip implant also may be eligible for compensation. If you’re a consumer and you’ve been injured by a defective product, it’s important to contact an experienced product liability lawyer as soon as possible. In California, you’ll have to file your claim without a certain amount of time in order to be eligible for damages. At the Walton Law Firm, we have years of experience handling product liability claims and can speak to you about your case today.

A Brief History of the DePuy ASR Hip Replacement

News about the faulty DePuy hip implants has been prevalent across the country since Johnson & Johnson put the metal-on-metal hip implant on the market in 2005. The hip implant was on the market for about 5 years, and during that time DePuy sold nearly 100,000 of these devices. By 2010, the company had issued a voluntary recall in connection to the serious problems plaguing patients who had these hip replacements.

What’s the problem with the metal-on-metal hip implant? In short, many patients have required revision surgeries, which are costly and dangerous, due to extreme pain, swelling, and problems moving around. The hip replacement was originally designed, according to DePuy, to give patients more mobility than previous models. In some particularly severe cases of failure with these faulty implants, patients have reported complications from metal fragments and loosening of the device.

What are the primary symptoms of a faulty implant? They can vary depending on the person, but many patients who have filed lawsuits against DePuy allege that the replacement has led to:

· Loosening of the implant
· Bone fracturing
· Dislocation
· Severe pain in the hip, leg, groin, or lower back
· Swelling around the hip joint
· Difficulty walking
· Tissue death and loss of surrounding bone

How Will the Johnson & Johnson Settlement Affect California Residents?

The $4 billion settlement will “resolve thousands of lawsuits,” according to an article in Bloomberg. In fact, it will resolve more than 7,500 lawsuits currently pending in federal and state courts, including California. Each victim will receive an average of $300,000 for their hip surgeries. Most importantly, the settlement “doesn’t bar patients whose artificial hips fail in the future from seeking compensation” for their injuries. In other words, “the settlement is uncapped in terms of its total value.”

Have you or a loved one been injured by a DePuy hip implant or another defective product? Large companies like Johnson & Johnson have deep pockets, and you may be eligible for substantial compensation. A California product liability attorney can assess your claim for you today.