Last week, two teenagers were involved in a serious train accident in Marysville, California, according to an article in the San Luis Obispo Tribune.  The transit accident resulted in the death of one of the teens, Mateus Moore, and serious injuries to the other, Mickayla Friend.  The young high school couple had been on their way to a school dance when they were struck by an oncoming freight train.  Friend remains in critical condition in the Sutter Roseville Medical Center, according to a spokesperson for the hospital. 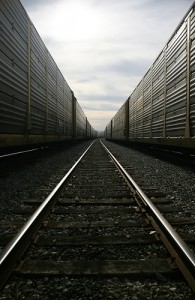 Train accidents can be very serious and often are life-threatening.  It’s very important to take steps to ensure your own safety, and that of others, when you’re walking near train tracks.  If you or a loved one has been injured or killed in a dangerous transit accident, it’s important to speak with an experienced personal injury lawyer.  In some cases, the train conductor or the train company may have been negligent. Contact the Walton Law Firm today to discuss your case.  You may be able to file a wrongful death claim.

Details of the Train Accident

On the Friday night of a Sadie Hawkins dance, Moore and Friend were walking southbound on the train tracks, which, according to KCRA-TV, was the same direction in which a Union Pacific freight train was traveling.  Witnesses at the scene indicated that the train engineer blew the horn and even activated the emergency brakes, “but the two kids didn’t move out of the way in time.”

Based on witness reports, Moore pushed Friend out of the way of the oncoming train, saving her life, according to an article in the New York Daily News.  Sean Stark, one of the witnesses, told the newspaper that “the engineer was on the horn when finally, they both looked back at the same time.”  According to Stark, “they would have both been underneath that train if he didn’t push her out of the way at the last second.”

The accident occurred close to the high school and nearby to a crowded little league park in Marysville.  Witnesses rushed to the scene of the accident to try to save the two teenagers.  Moore died at the scene, and Friend was airlifted to Sutter Roseville Medical Center.

Authorities currently are investigating the accident, and are “looking into whether the pair was distracted by headphones or something else with the accident occurred.”  A spokesperson for Union Pacific indicated that it “takes more than a mile for a train to stop,” explaining why the emergency brakes couldn’t halt the train before it crashed into the teenagers.

How can you stay safe around trains and tracks?  According to the Rail Safety Education network, there are some important tips to remember when you’re a passenger on a light rail or commuter train, as well as when you’re walking or driving near train tracks.  These safety tips include:

·      Keeping alert: it’s important to remember that trains can come from both directions of a track, and in many cases, they’re quite quiet.

·      Obeying warning signs: since passerby often don’t hear trains coming, it’s especially important to abide the warning signs and signals, and to be especially careful if you’re wearing headphones or talking on a cell phone.

·      Watching out for the overhang: since trains are wider than train tracks, it’s very dangerous to sit on the edge of a platform at the station.

·      Only crossing the tracks where it’s legal: directional signs and safety warnings are in place for a reason—if you cross the tracks or walk along the tracks in any place except a designated crossing zone, you could be risking your life.

If your loved one has been injured or killed in an accident or has sustained a catastrophic injury, a San Diego accident lawyer can talk with you today about your case.