A recent out-of-court medical malpractice settlement in Sacramento awarded the parents of Leah Gumb $9 million. Nearly two years ago, Leah Gumb suffered permanent brain damage after she was born at the UC Davis Medical Center, according to KTXL Sacramento. This case concerned a C-section that doctors failed to perform after Leah’s heart rate dropped. As a result, the infant requires “24-hour nursing care for the rest of her life,” reported CBS 13 Sacramento. 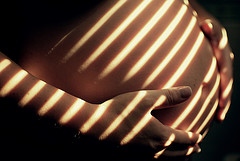 Have you been the victim of medical malpractice? It’s important to contact an experienced medical malpractice lawyer as soon as possible. California law has a statute of limitations on medical malpractice claims, which affects the time period in which you’re permitted to file a lawsuit. At the Walton Law Firm, we have years of experience handling medical negligence cases and can discuss your claim with you today.

What is Medical Malpractice?

Keep in mind, surgeries and medical procedures don’t always go as planned—that doesn’t necessarily mean that you’re dealing with a medical negligence case. Only an experienced California medical malpractice lawyer can assess the details of your case and make recommendations for moving forward with your claim.

Obstetrics and Medical Negligence in the Sacramento Case
What happened in the Leah Gumb case? Leah’s mother, Jenny Kaminer, signed a waiver form to deliver her baby via a C-section. While she was in labor, Leah’s heart rate “would drop, and there wasn’t enough blood from her mother’s placenta to give her oxygen.” Kaminer was taken into the operating room, but while she was in there, she was surprised to learn that her doctors weren’t planning to perform a C-section.

Referring to Leah’s drop in heart rate, Kaminer explained, “I was told, ‘if this happens again, you need a C-section,’ which is why I signed the consent without any hesitation. And I still don’t know to this day when doctors made the decision not to perform the C-section.”

Because doctors didn’t perform the C-section, Leah suffered permanent brain damage. Kaminer recalled, “they took her right away to resuscitate her, and then she was put on a cooling blanket.” According to Kaminer, Leah “was blue and lifeless. Didn’t cry, didn’t move. It was obvious to us that something was catastrophically wrong with her.” Leah stayed in the UC Davis Medical Center for 30 days, and even after being released, she remained on a feeding tube until very recently.

The parents filed a lawsuit, seeking $15 million in damages to pay for Leah’s care. They decided to settle for $9 million, which will provide them with “the money they need to give Leah the best chance at a normal life as possible.” After the settlement had been decided, Kaminer described it as “very welcome in the sense that it relieves out financial burden . . . it allows us to get her as much therapy as she needs without worrying about the cost.”

Medical malpractice can have a significant impact on the life of the victim and the victim’s family. If you or a loved one have been injured by medical negligence, you may be eligible for compensation. Contact a California medical negligence lawyer today to learn more.

Relaxing the Cap on Medical Malpractice Awards in California