It’s that time of year again when the county fair rolls into town offering fatty food, family fun, and frightening rides. We all know that the county fair can be fun, but is it safe. Not always, as evidence by yesterdays news.

Just yesterday, a 31-year-old woman name Sabrina Gordon died at the San Bernardino County Fair in Victorville while attempting to participate in a new attraction called FreeDrop USA. According to reports, the ride required individuals to climb up on a platform and jump into a large airbag. No ropes or harnesses are used. 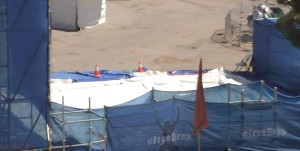 According to witnesses, Ms. Gordon, a navy veteran, was planning on jumping from 28 feet high when she suddenly fell to the ground.

Ms. Gordon’s father Lyle Bell told ABC7 News, “You get professional stunt people that do these things. You don’t have ‘Joe Blow’ off the street for $15 jump out of a tower on an airbag. They’re letting people do this down there,” Bell said. “It’s their first year there, and sure enough, somebody gets killed, my daughter.”

Sheriff’s and OSHA are investigating the death, and the ride has been shut down indefinitely. The ride was operated by FD Event Co. LLC.

Walton Law Firm represents individual and families throughout Southern California in a variety of injury and death related cases, including cases of amusement park ride injuries at commercial parks and county fairs. For a free consultation about a case of any kind, please call (866) 607-1325.