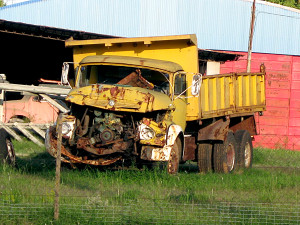 What can you do to help prevent a rear-end car accident? According to a recent report from the Insurance Institute for Highway Safety (IIHS), cars that are equipped with front crash prevention technology are “much less likely to rear-end other vehicles.” Automobiles with automatic braking systems drastically lower the number of rear-end accidents that occur. The IIHS most recently indicated that this technology actually reduces rear-end crashes by about 40% on average. While other crash-prevention technologies exist and do have an impact on the rate of traffic crashes (for instance, forward collision warning systems are reported to reduce accidents by 2%), auto-brake systems appear to be the most effective at car accident prevention.

When we talk about a 40% decline in rear-end auto accidents, what do the actual numbers look like? According to the IIHS report, if all automobiles had automatic braking systems installed, we would be seeing around 700,000 fewer rear-end collisions each year, including thousands of accidents that result in serious personal injuries. David Zuby, the IIHS chief research officer, emphasized how “the success of front crash prevention represents a big step toward safer roads.”

He went on to explain that, “as this technology becomes more widespread, we can expect to see noticeably fewer rear-end crashes.” With fewer rear-end crashes comes fewer reports of whiplash injuries. Whiplash is an injury that frequently results from a rear-end collision, and it can result in lost days at work (in other words, lost wages) and extensive physical injury.

Front crash prevention technology does not currently come standard in all vehicles, but many automakers are moving in that direction. According to a recent article in Forbes Magazine, at least 10 major automakers have committed to making this technology standard in all new vehicles. Those 10 companies include Audi, BMW, Ford, General Motors, Mazda, Mercedes-Benz, Tesla, Toyota, Volkswagen, and Volvo. Anthony Foxx, U.S. Transportation Secretary, underscored the significance of this commitment to accident-prevention technology. As Foxx explained, “if technologies such as automatic emergency braking are only available as options or on the most expensive models, too few Americans will see the benefits of this new era [of vehicle safety.”

Why do we need auto-braking technology to become standard in all vehicles? If we take a look at a car accident safety report issued by the California Office of Traffic Safety, we can have a better sense of the strong need to limit the number of auto accidents and injuries that occur in our state. The report cites some of the following statistics: