Yet another pit bull strikes and causes a death – this time the death of an eight-month-old baby. According to an article in the U-T San Diego, Tyzhel McWilliams died last Thursday evening after being bitten by Zulu, a three-year-old pit bull that lived in the same apartment. The death of Tyzhel is currently being investigated by sheriff’s detectives. No arrests have been made in the case. Our experienced San Diego dog bite injury lawyer knows that it is common for children to fall victim to dog bites. According to the county Department of Animal Services, of the 2,746 dog bites that were reported to the agency since July 1st, 425 were to children aged 12 and under. 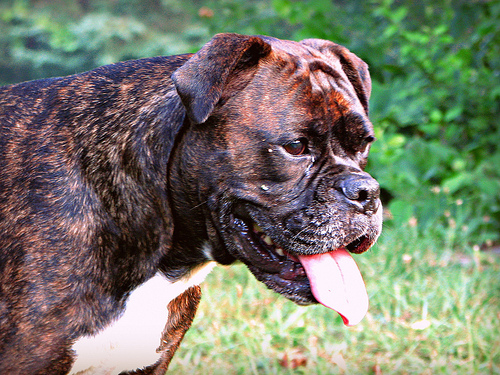 In this particular case, Tyzhel’s mother had moved in with a girlfriend who had three male pit bulls about two years ago. Zulu was among the three pit bulls that the girlfriend owned. When Tyzhel was born, the mother had no objections to allowing the dogs to interact with her baby. Until this tragic incident, there had been no occurrences of rough play with the dogs and Tyzhel. On the day of the incident, Tyzhel was playing in the living room while his mother and the girlfriend were talking in a bedroom across the hall. Zulu was in the bedroom with them. At some point, Tyzhel crawled into the bedroom and Zulu suddenly and unexpectedly bit him on the head. The baby died in the hospital later that evening.

The other dogs were not involved in the incident, but to exercise proper precautions, the three dogs were impounded at the Chula Vista Animal Care Facility. Upon release, Zulu was euthanized, while the other two dogs were returned back to the owner. The incident comes as a shock to both the mother and the owner of the dogs since there had been no prior occurrences of violence. According to both women, the dogs were always friendly and well-behaved.

Sadly, dog bite accidents occur in our area all the time, even with animals that never showed aggression in the past. In many instances, civil lawsuits are appropriate following these injuries to ensure proper redress is provided to victims. That includes situations where an individual dies as the result of the accident. Survivorship actions or California wrongful death lawsuits may be filed in those cases to ensure accountability.

Laws in our state hold owners accountable for the conduct of their animals. Obviously, the vast majority of pets are loving companions. However, fairness demands that when an animal injury another, the owner take responsibility for the situation and provide reasonable redress.

As illustrated from this case, tragic accidents can happen quickly and unexpectedly. Due to the initial shock of such sudden accidents, it is important to seek the advice of a San Diego county dog bite attorney who can take the reigns and handle the legal ramifications. Our experienced personal injury lawyers at Walton Law Firm can help protect the legal rights of those who have suffered injuries in any kind of accident throughout the area.