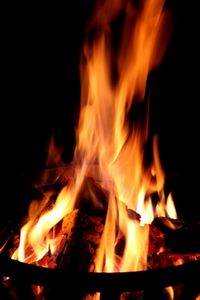 A backyard Fourth of July party on 24th Street in Del Mar turned tragic yesterday when three party-goers suffered serious burn injuries in an incident involving a what is being described as a sterno-style lamp or lantern. The details are currently sketchy, but firefighters are reporting that the lamp fell on a woman, dousing her with a flammable material, which was set aflame. Two friends and/or relatives standing nearby attempted to help, and also suffered burns.

One news outlet is reporting that one victim suffered burns from “head to toe,” but that has not been confirmed. It is currently being reported, however, that two of the victims are in critical condition at UCSD Medical Center.

While there has been no reporting of what kind of lamp or lantern caused this unfortunate accident, it’s difficult to imagine how a standard store bought outdoor Sterno or kerosene lamp could cause such serious harm. If the lamp was defective in anyway (even if used incorrectly) it could expose the lamp’s manufacturer to a product liability lawsuit.

If the lamp was tampered with in any way, or hung in a way that made it dangerous, the homeowner would be exposed to liability by creating a dangerous condition on the property that injures an invitee. One thing appears certain, an accident like this would not likely occur absent someone’s negligence.

Walton Law Firm has represented many burn injury victims in cases involving product liability and general negligence. In California, product manufacturers are subject to the law of strict liability, which does not require the injured party to prove the manufacturer of an injury-producing product is at fault for the injury. To prevail, the plaintiff only needs to establish that the product was defective, the defect existed at the time it entered the stream of commerce, and that the defective feature caused the injuries.

UPDATE (7/9/12): New reports about the burn incident in Del Mar on July 4th have explained how this tragic incident occurred. It was not a sterno lamp or tiki torch that contributed to the burn injuries, but a “fire pot.” A firepot is simply a device, usually a earthenware pot that is filled with a flammable liquid or substance to hold fire.

At the Del Mar home, apparently a fire pot, hanging overhead, fell, and doused the three victims with flammable gel that sticks to the body. According to Fire Marshall Battalion Chief Robert Scott:

These items are described as bombs in a bottle. Refueling the devices while ignited or still hot is dangerous…[The gel]…will stick to the body and clothes and you need an extinguisher or wool blanket to get it out, the stop, drop and roll method won’t work.

According to 10News, fire pots have been linked to numerous serious injuries and a few deaths, and many retailers have stopped selling these products because of the risks they create. Indeed, there have been several lawsuits against gel-filled fire pot manufacturers because of the dangers they present.

What Are “Pain and Suffering” Damages?