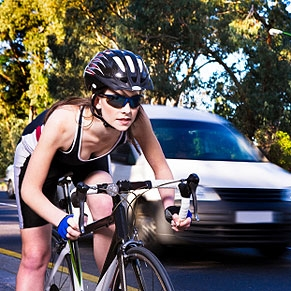 Although it’s wintertime, many Californians have the luxury of riding bicycles at any time of the year. However, bicycle accidents can be deadly, especially when they’re caused by distracted or aggressive driving. A recent article in the Santa Cruz Sentinel reported that a bicycle advocacy group, People Power, is hoping to create “bikeways near highway interchanges” in order to make those intersections safer for cyclists.

While these changes would only affect the Santa Cruz area in the most immediate terms, it’s very likely that bicycle advocacy groups across the state could push for additional measures to make bicycling a safer activity in the San Diego area.

Cycling accidents can happen anywhere—in bike lanes, at interchanges, and even when a cyclist is stopped at a traffic light. However, interchanges pose significant risks for auto accidents, and bicyclists can get caught in the middle. To be sure, the bike community in California “knows these areas as dangerous places to ride.” Why? Most notably, “when motorists are getting on or off the freeway, they’re driving much faster than cyclists.”

Many freeway intersections in California don’t even have cameras, so it’s impossible to know how many times a bicyclist has been cut off or almost involved in an accident with a speeding driver. According to one cyclist in the Santa Cruz area, riders often feel as though they’re risking their safety when they ride through a freeway interchange. “There are a lot of avoided and unreported accidents,” the rider explained.

Without bikeways near highway intersections, numerous California cyclists are dissuaded from riding bicycles as a primary mode of transportation. However, with more bikes on the roads, the safer cycling becomes. Indeed, according to Amelia Conlen, the director of People Power, “with more cyclists, there’s more of a perception of safety.” She went on to explain that, “by making cyclists more visible on the road, it can make them feel like they belong on the road.”

Bicycle Accident Facts and Figures: What You Need to Know

According to the Centers for Disease Control and Prevention (CDC), “bicyclists face a higher risk of crash-related injury and deaths than occupants of motor vehicles do.”

What are some of the risk factors linked to cycling? For one, adolescents aged 15-24 and adults aged 45 and older are at greatest risk of a fatal bicycle accident. Children between the ages of 5 and 14 years old and adolescents between the ages of 15-24 are at greatest risk of injuries in a serious cycling-related accident. And if you’re wondering whether your child’s gender can play a role in his or her risk of a bike accident, males are at much greater risk than females of sustaining serious or fatal injuries in a bicycle crash.

What can you do to prevent a serious or deadly bicycle collision? The CDC recommends the following:

If you or a loved one has been injured in a serious bicycle accident or pedestrian accident, don’t hesitate to contact an experienced San Diego personal injury lawyer to discuss your case.