Do you need to wear a helmet when you’re riding a bicycle? If you want to help prevent the risk of a traumatic brain injury (TBI), it’s important to take precautions when you’re out cycling. Indeed, a recent bicycle accident in the San Diego area left a cyclist with serious head trauma after he fell from his bike while trying to brake on a steep hill. 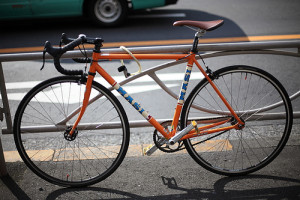 According to an article in the Times of San Diego, “a 52-year-old man suffered a serious head injury . . . when he was thrown over the front of his bicycle at the top of Double Peak Park in San Marcos.” The crash occurred just after 9:30 a.m., and the injured cyclist was not wearing a helmet.

While bicyclists can sustain TBIs even when they do wear helmets, the risk is much greater when cyclists fail to take safety precautions. The injured bicyclist had been riding down San Marcos hill when he tried to apply his brakes in order to slow down. An article in the Oceanside-Camp Pendleton Patch reported that the cyclist had been on a particularly steep grade. As he applied his brakes, “he was thrown over the front of the bike.” He fell and struck his head on concrete. Emergency medical responders rushed the victim to Palomar Medical Center in Escondido.

The recent accident, while tragic, isn’t anomalous. Indeed, an article in the Los Angeles Times indicated that California has one of the worst records when it comes to bicycle accident deaths. While many of these collisions involve negligent automobile drivers, the risk of a deadly cycling accident in the San Diego area should alert all bicycle riders to the need to take safety measures seriously.

A report from the Governors Highway Safety Association indicated that California “leads the nation in cycling deaths.” To be sure, “if you are going to be killed by a car while riding a bicycle, there’s a good chance you are male, older than 20, and living in California.” Between 2010 and 2012, 338 bicyclists in California sustained fatal injuries in collisions with automobiles. That number was the highest in the country, with the state of Florida close behind at 329 bicycle accident fatalities.

California also showed a shocking increase in the total number of bicycle accident deaths. The number of cyclist traffic fatalities in our state rose from 23 in 123 in the course of just two years, and California “had the most bicyclists killed of any state in 2012.” Cycling-related deaths are on the rise across the country, but the high numbers in California should concern all San Diego residents—whether you cycle to work or drive an automobile.

And unsurprisingly, the lack of helmet use is one of the primary factors in fatal bicycle injuries. In 2012 alone, “two-thirds or more of fatally injured bicyclists were not wearing helmets.” While experts can’t be certain about the factors that have produced the rise in bicycle fatalities, we do know that areas in which cyclists are separated from motor vehicles are the safest.

While cyclists can take steps to prevent serious injuries in a bicycle accident, it’s also important to remember that other drivers can be held responsible for accidents caused by negligent driving. If you or someone you love has been injured in a serious collision, you should discuss your case with a dedicated San Diego bicycle accident lawyer. An advocate at the Walton Law Firm can answer your questions today.