After being struck by a Chrysler sport-utility vehicle, a bicyclist was killed. According to a report from UT San Diego, the bicyclist has been identified as 63-year-old Charles Raymond Gilbreth. The accident occurred at 3:34 p.m. on Wednesday on Montezuma Avenue in the College Area. Both the driver of the SUV and Gilbreth were heading east on Montezuma. San Diego police Lt. Andra Brown stated that Gilbreth was in the bike lane when he was hit from behind. Although neither speed or alcohol were factors in the accident, the impact was substantial enough to give Gilbreth fatal injuries. 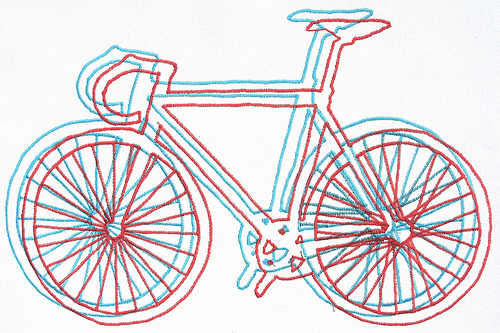 Like in many similar situations, our San Diego bike accident lawyer recognizes that the cause of the accident may have been negligence. Drivers have an obligation to adhere to a standard of care when driving. When drivers have poor judgment and fail to exercise safe driving habits, they have violated that standard of care and are thereby categorized as negligent drivers. From the information that has been disclosed thus far regarding this incident, it is possible that the driver of the SUV was not paying attention to the roadway when Gilbreth was struck. If the driver had been paying attention and exercising reasonable care while driving, the accident could have been prevented.

As mentioned in previous posts, San Diego wrongful death lawsuits are appropriate in situations such as these where a death would not have occurred had the responsible party for the death acted in a safe and reasonable manner. Surviving family members of the victims have standing to bring such lawsuits. Surviving family members who bring wrongful death lawsuits may have a difficult time receiving a favorable outcome from the court if the victim was also negligent during the incident. If the victim was also negligent, then this would create complications in establishing that the responsible party’s misconduct for the death was in fact the primary cause of the death.

In this particular accident, it appears from investigations that have been conducted thus far that Gilbreth exercised reasonable care since he was traveling in the bike lane when he was hit from behind. He did not put himself in the middle of traffic. Instead, he appropriately removed himself from the busy roadway and safely traveled in the bike lane.

Unfortunate situations such as these where personal injuries or even death result from preventable accidents are far too common in our area. It is important for those who have been hurt in these situations to take steps to receive basic compensation to help in their recovery. Our San Diego injury lawyer has the expertise and knowledge to help those who have suffered injuries in preventable accidents.