Now that the spring is upon us, more California residents are enjoying vacation days on the water. However, boating accidents can be especially dangerous, and a recent sailing trip near San Francisco resulted in the death of one person and the serious brain injury of another, according to an article in ABC News. 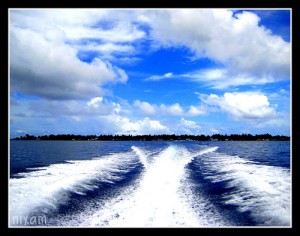 Personal injuries can occur in many different environments, and accidents during recreational activities often result from negligence.  If another person’s negligence led to catastrophic injuries or the wrongful death of a loved one in a boating accident or other activity, it’s important to speak to an experienced boating accident lawyer.  You may be eligible to file a wrongful death claim or a personal injury lawsuit to seek financial compensation.

What happened recently in the San Francisco Bay?  According to the article, a planned “fun night of sailing” quickly ended when a sailboat “collided with a channel marker buoy in the San Francisco Bay.”  The four occupants onboard the boat had been involved in a “noncompetitive race along the shores near Redwood City,” reported Lieutenant Sean Hart.  Additional reports indicated that the noncompetitive racing event had been designed as a kickoff for the yacht club’s “Beer Can” races, which occur on Wednesday nights during the months of April through October.  In these races, “people new to sailboat racing learn about the sport and give experienced racers and their crews a chance to practice.”

The name of the event has nothing to do with alcohol consumption, however, and drinking is “frowned upon and discouraged while racing.”  The local authorities indicated that alcohol didn’t appear to be a factor in the fatal collision.  Indeed, the owner of the boat, Winston Bumpus, passed a sobriety test soon after the crash.  And weather conditions weren’t a factor, either.  According to Hart, “it was a great night for boating.”  Authorities continue to investigate the crash in order to determine the cause of the collision and possible liability for the fatal and serious injuries.

The sailboat involved in the crash, a 42-foot-long Catalina called “Bella,” is now in ruins.  The collision reportedly caused the mast of the boat to “snap off completely.”  Two of the four occupants sustained severe injuries, and one of those passengers, 39-year-old Young Sun, died.  The victim, according to the San Mateo Coroner’s Office, had been a resident of Burlingame.  A U.S. Geological Survey boat rescued the passengers, but Sun was pronounced dead at the scene.  The other victim sustained a brain injury and “was hospitalized in serious condition.”

Boating is a popular recreational activity in California and in many states across the country, but boating accidents can end in tragedy.  According to statistics gathered by the U.S. Coast Guard, 4,515 boating accidents occurred in 2012 alone.  Those collisions led to 651 deaths, 3000 personal injuries, and about $38 million in property damage.

While a majority of boating accident fatalities result from drowning (more than 70 percent), boating crashes also occurred with some frequency.  According to the U.S. Coast Guard, the primary contributing factors in such accidents include:

As you can see, most of these factors are likely to involve negligence of the boat operator.  If you or a loved one has sustained injuries in a boating accident, don’t hesitate to contact an experienced San Diego injury attorney who can examine your case for you today.