Did you know that March is brain injury awareness month? Millions of Americans sustain traumatic brain injuries (TBIs) each year, while many more continue to live with the effects of serious head trauma. In order to raise awareness about the severity of a brain injury—both to the victims themselves, as well as to the family members, friends, co-workers, and employers of the victims—and the ways we can help to prevent serious accidents from taking place. 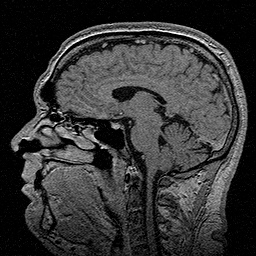 Not Alone in Brain Injury Awareness, Treatment, and Prevention

Each year, the Brain Injury Association of America (BIAA) observes Brain Injury Awareness Month and develops a theme for its advocacy work. Between 2015-2017, the theme is “not alone.” According to the BIAA, “the Not Alone campaign provides a platform for educating the general public about the incidence of brain injury and the needs of people with brain injuries and their families.” In addition, the campaign “lends itself to outreach within the brain injury community to de-stigmatize the injury, empower those who have survived, and promote the many types of support that are available.”

According to a recent article from US Newswire, the Brain Injury Association of California (BIACAL) has recognized Brain Injury Awareness Month by hosting the “Walk For Brain Injury.” The event took place at the State Capitol on March 22md, raising tens of thousands of dollars for brain injury awareness. This year, 40 percent of the gross proceeds benefitted UC Davis Medical Center, which served as the local host organization. BIACAL was founded in 2005, and it helps California residents by “providing information and resources, education, prevention and awareness, and legislative advocacy.”

To aid efforts on a local basis, the BIAA provides a state advocacy toolkit aimed to help “state level advocates, both seasoned and new to the world of advocacy,” when it comes to brain injury awareness campaigns. The more you know about preventing head trauma, the more likely we’ll be able to reduce the number of injuries that occur each year. You can follow the BIAA’s campaign at #NotAloneinBrainInjury.

Facts and Statistics from the Brain Injury Association of America

What do you need to know about traumatic brain injuries? According to the BIAA, you should have an idea of some of the following facts and figures:

If you or a loved one recently sustained a traumatic brain injury in an accident caused by another person’s negligence, you should speak with an experienced San Diego brain injury lawyer about your case. Contact the Walton Law Firm today to discuss filing a claim for financial compensation.