Did the NFL turn over a new leaf when it comes to traumatic brain injuries, or is the league attempting to paint itself in a better light in the media? According to a recent post in GeekWire, the NFL provided $3.5 million in funding for brain injury prevention projects across the country, including one in southern California. 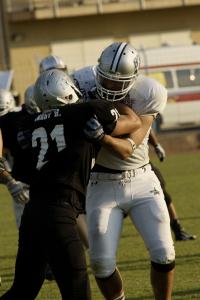 In connection with Under Armour and GE, the league developed the “Head Health Challenge,” a plan designed to give researchers “funding to develop new ways to prevent, measure, and detect brain injury.” All in all, it is a $60 million initiative that will provide money to different groups in the months and years to come. The challenge was launched last year.

How is the money allotted? In many ways, it works like a contest, and the NFL recently announced the winners. Seven research teams will each receive $500,000, and they will also have a chance at winning an extra $1 million in 2015. They can award additional funds if the organizers find “continued innovation advancements, potential for commercialization, and on-field impact.” Researchers from 19 different countries submitted proposals, and the organizers received about 500 different proposals in total between September 2013 and February 2014, according to the NFL press release.

These winners are part of the second group to receive funding. The first group of winners received funds back in January; their projects were linked closely to the diagnosis and treatment of brain injuries. This second group of winners, according to the NFL’s press release, contains research projects that will focus more closely on protection from TBIs and new ways to measure head impacts upon collision.

Some of the winners include:

The San Diego area, as well as regions across the country with amateur and professional sports teams, needs more attention to brain injury prevention. Traumatic brain injuries (TBIs) can lead to serious, life-threatening, and life-long consequences. If you or a loved one recently sustained a sports-related TBI, it is important to talk about your case with an experienced San Diego brain injury attorney. You may be eligible for compensation.

Brain Impairment at a Younger Age for Tackle Football Players