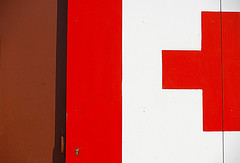 The National Transportation Safety Board (NTSB) has begun investigations into the cause of the accident, and its investigators will employ 3-D diagramming and “sophisticated surveying and mapping equipment” in order to reconstruct the events that ultimately resulted in the catastrophic truck accident.  The Sacramento Bee recently reported that the bus driver and the FedEx truck driver had clean driving records—neither had any recent moving violations on their records.

In addition to examining causes related to the FedEx driver and the vehicle he drove, NTSB investigators will also look into other factors, such as highway and weather conditions.  As of now, investigation teams predict that they won’t have any definite answers for months.  The NTSB did indicate that the truck driver hadn’t attempted to brake before his truck collided with the school bus, according to an article in CBS San Francisco.  Investigators continue to seek out witnesses.

When vehicles collide with large trucks, drivers and passengers often sustain life-threatening or fatal injuries.  According to the National Highway Traffic Safety Administration (NHTSA), trucks tend to be larger and heavier than other vehicles on the California highways, so they’re likely to cause more severe impacts in traffic collisions.

While a truck driver’s negligence can result in a dangerous truck accident or bus crash, other factors can also bring about a severe traffic collision.  Have you lost a loved one in a serious truck crash?  An experienced California truck accident lawyer can answer your questions today.