Outside the United States, legislation that restricts ownership of certain dog breeds is quite common, according to a recent article in the Sacramento Bee. For instance, in the United Kingdom, lawmakers enacted the Dangerous Dogs Act of 1991 after a pit bull terrier mauled a 6-year-old girl. That law restricts ownership of pit bulls as well as other breeds identified as particularly “dangerous” in order to prevent dog bites. In addition, it requires that dogs be “muzzled in public at all times.” Could a similar law end up governing dog ownership and responsibilities in California? 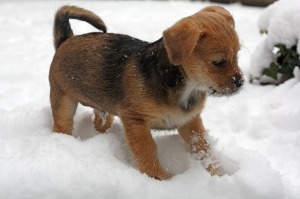 In California and across the country, fatal dog bite injuries seem to be happening with more frequency. As the Sacramento Bee article points out, the terrible dog attack in Modesto, in which an elderly woman sustained serious injuries and her son was killed by several pit bulls, is a story that has become all too common. Indeed, according to Dogsbite.org, every day around 1,000 people in the U.S. must visit an emergency room in order to receive care for a dog bite injury.

And the dog bite fatality statistics show that Californians have been the victims of the most dog bite injuries in the last year. To be sure, California had the highest rate of dog bite fatalities, with 5 in 2013 alone. All of those cases involved pit bulls, and 60 percent of those cases led to criminal charges. Statistics for 2014 are currently being compiled, but the incident in Modesto suggests that the fatality number may prove even higher this year.

Some other significant statistics about dog bite fatalities include the following:

Certain cities in California have already adopted rules that require dog owners to neuter their pit bulls, as well as some other breeds that have been linked to attacks. However, advocates for reform suggest that cities like San Diego must take bigger steps toward preventing dog bite injuries, and perhaps even banning certain breeds. Can the U.S. learn from the U.K.?

Assemblywoman Kristin Olsen of Modesto indicated that she’d be in support of a bill like this, but she’s not currently planning on proposing one. The Sacramento Bee suggests that it will take a brave assemblyperson to propose such a ban, given the high rate of dog ownership in California. Yet at the same time, tougher legislation may be necessary to put an end to the high rate of dog bite fatalities in our state.

Have you been bitten by a dog? Have you lost a loved one in a dog attack? You may be able to file a claim for compensation. Contact an experienced San Diego dog bite lawyer at the Walton Law Firm today.