Back in 2010, a deadly bus accident in Fresno resulted in the death of six people, including the bus driver and two passengers. According to a recent article in the Fresno Bee, a jury just decided in favor of Greyhound Lines, Inc. in a lawsuit related to the case, prompting the newspaper to report that, “this time, Goliath won.” 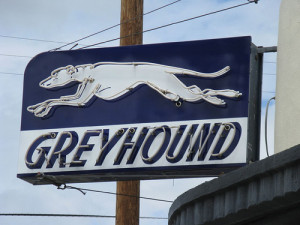 Sylvia Garay, Vanessa Gonzalez, and Stephanie Cordoba were among the victims killed in the deadly bus crash on Highway 99. The victims sustained fatal injuries “when a streaking bus plowed into” their SUV. Their families filed a wrongful death claim in Fresno County Superior Court, but the jury voted 10-2 in favor of Greyhound Lines, Inc. Reports indicate that the jury deliberated “less than three hours after a six-week trial, then left without speaking to attorneys in the case.”

What evidence existed in favor of the plaintiffs? According to the article in the Fresno Bee, the bus driver, James Jewett, caused the accident by driving aggressively. Indeed, the plaintiffs’ attorney argued that “the evidence clearly showed he was speeding in the fast lane and wasn’t wearing his eyeglasses when he slammed into the overturned SUV.” In other words, the SUV had already overturned when the bus crashed into it. The plaintiffs also presented evidence that “Greyhound’s own mechanics said Jewett’s bus had bad brakes, but supervisors wanted the bus on the road.”

Contradictory Evidence from the Defense

Why would the jury decide in favor of the defense if Greyhound didn’t properly maintain its bus and if the Greyhound driver hadn’t been obeying the rules of the road when the accident took place? The defense relied on information supplied by the California Highway Patrol, which “blamed the deadly crash on Garay, saying she was drunk when she overturned the SUV.”

In addition, the California Highway Patrol indicated that Jewett had in fact been wearing his glasses and, even with them on, he “couldn’t see the dark undercarriage of the SUV.” The defense also presented evidence showing that Jewett had been driving Greyhound buses for 32 years and maintained a clean driving record.

While it can be difficult to prove that a big company is liable for injuries in an accident, it is important to seek compensation when you have been injured because of another person’s negligence. Bus accidents often result in serious and fatal injuries. If you or someone you love has recently been injured in a bus crash, you may be eligible to file a claim for compensation. Contact an experienced San Diego bus accident lawyer at the Walton Law Firm today to learn more about how we can assist with your case.