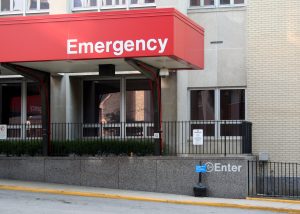 If your doctor is on probation due to medical negligence or for committing a serious surgical error, how will you know? According to a recent report from KQED News and California Healthline, proposed legislation “would have required doctors and other medical [professionals] to notify their patients if they were on probation for serious infractions.” However, as the report explains, the California Senate rejected the legislation, meaning that there will be no law in place—at least not in the very near future—that will require physicians to inform their patients about their severe mistakes.

Details of the Proposed Legislation and its Limited Application

As the report explains, the proposed legislation did not aim to require all doctors and other healthcare professionals who have been cited for any and all forms of medical negligence to tell their patients. The bill only “would have applied to a tiny pool of practitioners—those disciplined for serious offenses such as gross negligence, sexual misconduct, substance abuse, or a felony conviction related to patient care.”

In short, few healthcare providers would have fallen under the purview of such a law. However, for those doctors who would have been included in the proposed legislation, had the bill passed, they would have had to “notify their patients in a one-page, ‘easy to read’ notice that explained why they had been put on probation.” The California Medical Association opposed the bill, contending that such a requirement would have the effect of a suspension because patients likely would not continue to see a doctor who had provided such a notice.

Yet supporters of the bill voiced frustration with the California Senate, arguing that it is difficult for patients to be able to acquire information about their physicians’ histories when it comes to citations and medical negligence. While information about serious offenses and disciplinary actions is available online, it can be difficult for patients to acquire before it is too late.

Under California law, the Business & Professions Code §§ 803.1 and 2027 specify the type of information that the Medical Board of California can provide to the public concerning a doctor’s medical errors or bad acts. As the FAQ from the Medical Board of California makes clear, California residents do not have access to a list of complaints or allegations made against any given physician licensed in the state. Complaints do not become public information unless they result in a disciplinary action against the doctor.

In our state, when a healthcare provider has been disciplined, you can locate information about the disciplinary action through the BreEZe Online License Search function. What type of information is provided here? You can learn about anything from a public reprimand—which is a less severe disciplinary action—to probation. And if a physician is placed on probation, that physician’s license will clarify when she or has completed the probationary period.

If you or someone you love sustained an injury because of your doctor’s medical negligence, you may be able to file a claim for compensation. An experienced medical malpractice lawyer in San Diego can discuss your case with you today. Contact the Walton Law Firm for more information.