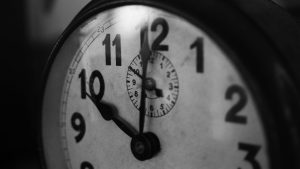 According to a recent article in the Northern California Record, a California Supreme Court decision could have far-reaching effects on certain negligence claims that plaintiffs seek to bring in the state. In short, the court emphasized that any personal injuries that are “integrally related” to medical care are subject to the medical negligence statute of limitations. What does this mean for future plaintiffs? To better understand, we should explore recent case law in more detail.

In Flores v. Presbyterian Intercommunity Hospital (2016), the California Supreme Court concluded that, “unlike most other personal injury actions, which generally must be filed within two years of the date on which the challenged act or omission occurred, professional negligence actions against health care providers must be brought within one year after the plaintiff discovers, or should have discovered, the injury.” That court determined that because the plaintiff’s injury was “integrally related” to medical care, it was a medical malpractice case and subject to the one-year statute of limitations.

Now, as the article in the Northern California Record points out, a recent case from California’s Fourth Appellate District in which the court found in favor of the defendant is unlikely to go to the California Supreme Court because of the Flores ruling this past May.

The current case at issue here is Nava v. Saddleback Memorial Medical Center (2016). The facts of the case are these: the plaintiff was a patient at Saddleback Memorial Medical Center. While he was a patient there, he got hurt while being transported on a gurney. He fell off the gurney, and he broke his patella and clavicle. The plaintiff filed his claim within two years of his injury, but not within one year of his injury. The lower court determined that the plaintiff’s claim was time-barred because it was a medical negligence lawsuit and not a general negligence claim.

Why did the lower courts find in favor of the defendant? In brief, the courts looked to Flores and concluded that, because the Nova plaintiff sustained injuries while “hospital staff transferring him were purportedly acting under a doctor’s orders,” the case is subject to the statute of limitations for medical malpractice cases instead of general negligence claims.

What lessons should plaintiffs learn from the Nova case? In short, if you believe you were injured as a result of another party’s negligence, you should file your claim as quickly as possible. An experienced San Diego personal injury lawyer can assist you. Contact the Walton Law Firm today for more information.