After a serious accident, injury victims often are transported to a local hospital. However, a personal injury can become significantly worse if it’s not treated properly and quickly. A recent article in the Los Angeles Times suggests that speedy injury treatment may be a problem for some California hospitals. Specifically, a report released by the American College of Emergency Physicians indicated that California earns a failing grade when it comes to “access to speedy treatment,” the article stated. Indeed, our state “has the lowest number of hospital emergency rooms per capita in the nation.” Could this overcrowding lead to medical negligence or medical malpractice claims? 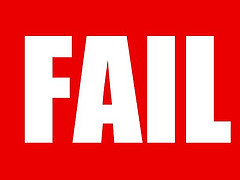 The report used data from the U.S. Centers for Disease Control and Prevention (CDC) and the Centers for Medicare and Medicaid Services to make its findings. Given the state of emergency room overcrowding in California, the advocacy group described the lacking access to injury care as a “critical problem.”

What Do We Mean When We Talk About Hospital Overcrowding?
In general, Californians who visit emergency rooms don’t get quick care, and many accident victims aren’t treated in a timely manner so as to prevent further injury. According to the Los Angeles Times article, people who are admitted to California hospitals after arriving at emergency rooms had to wait, on average, more than 5.5 hours before being seen by a medical professional.

In addition, there aren’t enough beds when people are admitted to the hospital. The report specifically indicated that there’s a “shortage of inpatient and psychiatric beds in hospitals—another squeeze on emergency departments, which often ‘board’ incoming patients until they can be rerouted to the correct hospital department,” which further limits the capacities for emergency room care.

This isn’t the first time California has been cited for its struggling access to patient care. In fact, a similar report was conducted back in 2009, when California also earned a failing grade for access to care. According to Dr. Alexander Rosenau, the president of the American College of Emergency Physicians, some of the emergency-room overcrowding may be the result of uninsured accident victims seeking care in the ER.

However, Rosenau worries that policymakers will begin to look to emergency room visits in order to gauge the success of the Affordable Care Act, since many Americans will now have access to primary care through new insurance plans. Yet, in short, we can’t assume that the Affordable Care Act will reduce the need for closer scrutiny surrounding California’s overcrowded hospitals. Indeed, Rosenau emphasized, statistics from the CDC show that “the vast majority of people who come into emergency departments need urgent treatment.” As such, he hopes that policymakers will try to increase quicker access to emergency medicine rather than focus on opening up more primary care options.

When an accident victim suffers serious injuries, he or she often will require speedy emergency care. If you have been injured but haven’t received proper or timely treatment, you may be eligible to file a claim for compensation. Contact an experienced medical malpractice attorney at the Walton Law Firm today to discuss your case.