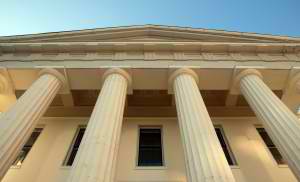 The California Supreme Court recently reached a decision which many San Diego personal injury lawyers will likely find misguided in its ruling in Howell v. Hamilton Meats & Provisions. As mentioned in an article in the Sacremento Bee, the case involved a San Diego car accident victim who sustained injuries when a Hamilton Meats truck attempted to execute an illegal U-turn and struck the victim’s vehicle. The victim, a woman named Rebecca Howell, sued Hamilton Meats to recover for, among other things, the cost of the medical treatment she had to receive as a result of the truck driver’s negligence.

The main issue in this case became the amount of the medical expenses for which the plaintiff should be allowed to recover. Rebecca Howell was represented by several California personal injury attorneys. Her attorneys argued that she should be permitted to recover the full amount of the charges billed by her medical care providers. The attorneys for the defendant argued that she should only be entitled to recover the smaller amount that the medical providers would bill to and accept from the health insurance companies. The California Supreme Court decided that the plaintiff should not be allowed to collect any expenses above the amount incurred by either the plaintiff or the plaintiff’s insurance company because those expenses were not a true “economic loss.”
The consequences of a decision like this are not limited to those that can be immediately seen. Of course the insurance interests who are always seeking to pay out as little money as possible claim that this decision was a good one, because they believe it will save their businesses billions of dollars a year. However, people often forget about the positive impacts that awards of money damages have on safety. For example, these judgments against egregious actions like the one perpetrated here often make it more likely that the company will implement policies that ensure that their drivers are operating company trucks in a safe and careful manner. Taking away some of the cost to Hamilton Meats reduces the company’s incentive to put only the safest drivers on the road. Even if the court judgment is covered by insurance, reducing possible judgments also reduces the amount that Hamilton Meats pays for insurance. Either way, the cost to Hamilton Meats and other companies like it will decrease, and their incentive for ensuring that their drivers are alert and capable may decrease with it as a result of this ruling.

While the Howell case does place some limits on what plaintiffs can recover in California personal injury cases, injured parties can still recover their actual, out-of-pocket costs, as well as any costs for medical expenses that were paid by the victim’s health insurance company. This is on top of other possible losses for things like lost wages, property damage, emotional distress, and many others. However, insurance companies for at-fault parties may now have more incentive to try and low-ball victims by not offering a fair and reasonable settlement. The tactics often used by companies in these situations make it vital for area victims to be represented by a San Diego personal injury attorney. If you or someone you know is caught in this situation be sure to protect your interests by talking with a legal professionals to ensure that you recover everything to which you are entitled.