Over the last year, news about traumatic brain injuries and chronic traumatic encephalopathy (CTE) have been making news across the country. Back in October, we explained that California, through new legislation, would be taking steps to significantly limit the number of sports players who could file workers’ compensation claims in the state. An article in the Los Angeles Times recently reported that Tony Dorsett, a 59-year-old former NFL running back, filed a brain injury claim with the California workers’ compensation panel only to have his claim denied. But now, players facing claim denials may have new evidence for their appeals, as researchers can accurately diagnose CTE in in living brains. 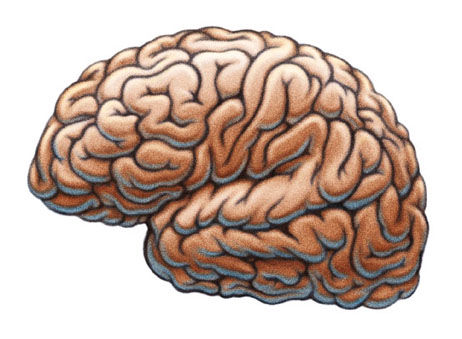 As the number of former NFL players who show signs of CTE continues to rise, we’re likely going to see an increase in lawsuits in California and across the country. While researchers and medical professionals previously could only diagnose CTE postmortem, new medical advances allow doctors to detect signs of CTE in the living through brain scans and tests. There are hundreds of former sports players who may have suffered brain injuries in the course of their employment by the NFL and other professional sports leagues. And now, if those players can be diagnosed with CTE, they might be eligible for compensation.

Last May, Dorsett’s workers’ compensation claim was dismissed, according to the judge, because he “had agreed to an $85,000 settlement for injuries to multiple orthopaedic body parts in 1991,” and as a result he “could not file another claim for any subsequent injury.” Dorsett appealed this decision, but the judge’s dismissal was upheld in August. According to the Los Angeles Times, the “three-judge panel found that language in the 1991 settlement released the Dallas Cowboys and Denver Broncos from all future claims involving virtually any body part, including the head.”

Yet, there’s a new factor in play. Researchers at UCLA discovered that Dorsett and other former NFL players “showed signs of CTE.” As we’ve mentioned in earlier posts, this disease formerly was detected only upon autopsy. The UCLA researchers used “brain scans and other tests” to diagnose CTE. These tests revealed that Dorsett, as well as former Hall of Fame offensive lineman Joe DeLamielleure and former All-Pro defensive lineman Leonard Marshall, could be accurately diagnosed with CTE. Dorsett hasn’t filed an appeal, but other former players who accepted settlements similar to Dorsett’s are claiming that CTE isn’t covered by the “boilerplate language in the settlement that precluded future injury claims.”

CTE Claims May Be Different

Some of the attorneys for the former players argue that CTE diagnoses are more like “asbestos-related claims because it takes years for symptoms to surface.” For example, workers who had been exposed to asbestos agreed to workers’ compensation settlements at the outset, “only to file asbestosis or mesothelioma claims decades later,” and “the courts ultimately allowed those cases to proceed.”

Former player Jimmie Giles accepted a settlement similar to Dorsett’s. Now, he’s appealing the decision. His attorney raised the question, “How can you release your right to a claim for a condition that hasn’t manifested itself?” Indeed, if Giles’ appeal is successful, “it could open the door to many more claims from athletes who long ago accepted workers’ compensation awards only to develop serious brain disease years later.”

Have you or a loved one suffered a traumatic brain injury such as a concussion? When a person experiences multiple concussions, she or he may be at risk for CTE. It’s important to contact an experienced brain injury lawyer if you believe you may be eligible for compensation. Contact the experienced California brain injury attorneys at the Walton Law Firm today.