A tragic California wrongful death lawsuit came to an end last week when a jury awarded $11.7 million to the victim’s wife and daughter. The Contra Costa Times reported that the victim was 56-year-old William Tindall, Jr.,who was killed when he stopped to help a fellow motorist who had careened off the road. The incident occurred at an intersection in Contra Costa County, California; which was, at the time, under construction. 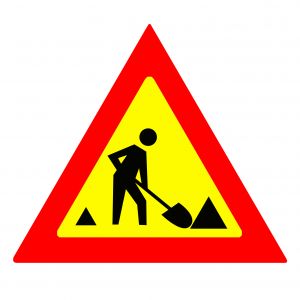 The article notes that the county had posted signs reducing the speed limit in the area, but they never covered up the old signs that contained the usual speed limit for that road, even though to do so would have been in accordance with standard practices. The first motorist’s vehicle speed, combined with an excessive amount of gravel that had been left on the road by construction workers, caused him to lose control of his vehicle and spin off the road. Tindall, who was passing by when this occurred, immediately stopped his own vehicle and rushed to aid the victim. As he was doing so, yet another vehicle lost control, in the same spot as the first and for the same reasons. That vehicle struck and killed Tindall.

As with so many California wrongful death cases, what makes this one even more heartbreaking is the fact that it did not need to happen. The road in question had been repaved several times over the past 15 or so years, with a total of 21 days of construction. During those 21 days, 15 serious accidents occurred. There was also evidence presented that construction workers in the area did not follow standard industry practice of clearing excess gravel from the road in order to prevent spin-outs. Clearly, the county was on alert that this was a dangerous construction zone, but they failed to take the very basic and simple steps necessary to make it safe for motorists. Because of their negligence, a woman lost her husband, and a child lost her father.

Nothing can prepare anyone for the pain of losing a loved one, and knowing that it could have been avoided only makes it more difficult to cope. The death of a spouse, a parent, or a child is the beginning of an emotional roller coaster not just of sadness but of anger. There is a pervasive sense of injustice, of knowing that if someone had simply done what he or she was supposed to do, you would not be dealing with this crushing sorrow.

By filing a wrongful death suit, you can take some action against those responsible for the loss of your loved one. Although nothing can take away the pain, many victims who are dealing with such a loss find some comfort and closure in having an opportunity to give voice to their emotions and to demand responsibility. If you have lost a loved one and think you may have a claim against the parties responsible, please contact our San Diego wrongful death attorney today. California limits the amount of time in which a claim for wrongful death can be filed, so be sure to act quickly so that your opportunity to take on those responsible for your loss is not lost forever.