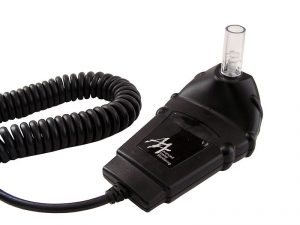 There is a new impaired-driving law that will take effect in San Diego in 2019, but right now, the law is already in force in certain counties in California, according to a report from AutoConnectedCar.com. Late last year, California Governor Brown signed SB 1046 into law, a piece of legislation that “establishes a statewide ignition interlock device (IID) program to prevent drunk drivers from re-offending.”

Given that impaired driving is a major cause of car accidents in California, it is important to take steps to prevent these crashes from occurring in the first place. Changes to California’s law when it comes to ignition interlock devices could be one such significant step in prevent crashes caused by alcohol-impaired driving. According to David Kelly, the Executive Director of the Coalition of Ignition Interlock Manufacturers (CIIM), “this new law is a positive step forward to help slow the revolving door of unlicensed, uninsured drunk drivers who continue driving at the public’s peril.”

As we mentioned, the law is already in effect in a number of California counties. The IID program began as a pilot program in Alameda County, Los Angeles County, Sacramento County, and Tulare County. When Governor Brown signed the legislation, he extended the program in those counties until January 1, 2019, at which time it will take effect in all counties in the state.

What, precisely, will the new law do? It will help to limit the number of drunk drivers on the road who have been arrested previously for drunk driving by “encouraging DUI offenders to participate in a supervised IID program immediately after their driver’s license is suspended.” That program gives the DUI offender “unrestricted driving privileges,” thereby allowing the offender to get to work or to run necessary errands, while also requiring the offender to use the IID in order to start the car. In other words, there are benefits to the offender and to the public: No DUI offender will be able to get behind the wheel of his or her car without proving that there is no alcohol in his or her system.

Get the Facts: DUIs in California

According to the report, anywhere between 50 to 75% of DUI offenders in California drive on suspended licenses. In other words, those DUI offenders drive illegally, and the fact that their licenses have been suspended does not prevent them from getting behind the wheel. Every year, about 1,000 fatalities result from alcohol-impaired motor vehicle accidents in California alone. That statistic does not account for the additional 20,000 injuries that result from crashes caused by impaired driving.

Can IID programs really make a difference? According to MADD, “ignition interlock devices have stopped more than one million drinking-and-driving attempts since 2010 in the four counties participating in California’s . . . pilot program.” As such, there are hopes that, once the law takes effect in all California counties in 2019, we will see a reduction in the number of motor vehicle accidents caused by drunk driving.

In the meantime, if you or someone you love sustained injuries in a motor vehicle collision in Southern California, a San Diego car accident attorney can discuss your options with you. Contact the Walton Law Firm for more information.