Six years ago, the use of hand-held phones while driving was banned in California.  The ban, aimed at preventing serious car accidents, led other states to pass similar laws.  In fact, thirteen states now restrict the use of cell phones to h 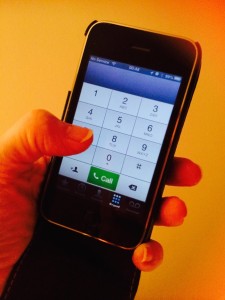 ands-free-only devices for people behind the wheel.  But has California’s cell phone ban actually reduced the number of traffic collisions?  According to arecent article in UT San Diego, a new study out of the University of Colorado questions the utility of the cell phone ban.

As the article points out, for almost a decade we have heard talk about the statistics surrounding texting and hand-held talking while driving. In particular, doing so results in distracted driving, and distracted driving causes life-threatening and fatal automobile accidents.  However, according to Daniel Kaffine, associate professor of economics at the University of Colorado, Boulder, there is no clear “statistical evidence of a reduction” in accidents associated with California’s cell phone ban.

The cell phone ban first went into effect in July 2008.  Over the six months that followed, “researchers determined there was no evidence crashes were reduced.”  Kaffine explained that, if talking on a handheld phone while driving was really so dangerous, “and if even just a fraction of people stopped using their phones, we would expect to find some decrease in accidents.”  Yet Kaffine’s research team found no such evidence.

Kaffine’s team at the University of Colorado is not the first group of researchers to question the efficacy of handheld cell phone bans.  In fact, a study from 2013 published in American Economic Journal looked closely at data surrounding “nationwide, single-vehicle, single-occupant crash numbers” near the time when a lot of states implemented texting-while-driving bans.  According to the study, “initially, there was a notable drop in collisions.”  However, only three months after the bans were enacted, “crashes had crept back up to levels seen before the texting ban was in place.”

Why Are Handheld Talking and Texting Bans Not Working?

Law enforcement officials say these bans are doing a lot of good, and California officials reject Kaffine’s study.  However, the recent research suggests some compelling reasons why neither ban made much of an impact in California or across the country:

Have you sustained serious injuries in a car accident?  Distracted driving can lead to fatal traffic collisions and debilitating injuries.  If you have been hurt, it is important to contact an experienced San Diego car accident lawyer.  You may be eligible for financial compensation.