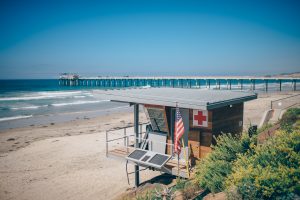 Why is there a clear need for a better safety response? The article points out that, if one looks at the number of lifeguard rescues in Carlsbad compared to those at nearby beaches, the numbers alone suggest a need for state lifeguards to patrol. For instance, over the July 4th weekend in 2016, 197 rescues were made by state lifeguards called in for an emergency around North Beach, while 225 rescues were made at other state park beaches in the Carlsbad area. Shortly after the July 4th weekend, a tourist in Carlsbad drowned at North Beach with his 12-year-old granddaughter.

Although there are signs posted at North Beach that warn visitors about the dangers of going into the ocean for “weak swimmers,” such signs often are not enough to keep tourists out of the water. Given that “there are no safety services on the city beach,” relying upon lifeguards at nearby state parks simply is not sufficient in many cases. Carlsbad city officials have been considering ways of adding lifeguard services to North Beach since 1983, yet the addition of such services has not yet come to fruition. However, as the beach becomes a more popular spot for tourists, the need for safety mechanisms and protocols becomes more pronounced.

To prevent drowning deaths, the CDC recommends the following:

Many drowning deaths are preventable. If you or someone you love got hurt in a drowning incident, you should speak with a Carlsbad drowning accident lawyer. Contact the Walton Law Firm today for more information.