San Jose State chemistry professor Dan Straus had something in common with his father and his father’s buddy: all were academics. Straus’s father was a renown mathematician, and his dad’s buddy a theoretical physicist. You might have heard of the physicist, his name was Albert Einstein. When Straus’s father died, he bequeathed him a set of handwritten documents authored by Einstein, which Straus kept in his weekend cabin in Henry Coe State Park. In 2007, a huge fire raged through the park, destroying Straus’s cabin and all of its contents, including the papers.

The fire, it was later learned, was started by a former schoolteacher who, with her family, owned property nearby, and who left unattended a barrel she used to burn paper plates. In addition to destroying Straus’s cabin, three other residences were destroyed.

Strauss brought a property damage lawsuit against the teacher and her family, alleging they were negligent in starting the fire, and that they should compensate Straus for the loss of the irreplaceable documents. The question at trial was, what are the papers worth? After expert testimony on the value of the documents, and no doubt Straus’s testimony about the paper’s connection to his own father, the jury awarded him $750,000.

END_OF_DOCUMENT_TOKEN_TO_BE_REPLACED

State investigators are trying to determine what caused a ride at the County Fair to malfunction and injure two people. According to witnesses, the Techno Power ride had ended and the passengers were getting off the ride when it unexpectedly began to move. A young girl was thrown to the ground as was the operator of the ride. While the injuries suffered by both haven’t been disclosed, the girl was airlifted to Rady’s Children’s Hospital, and the ride operator was transported to nearby hospital with what is reported to be a head injury. 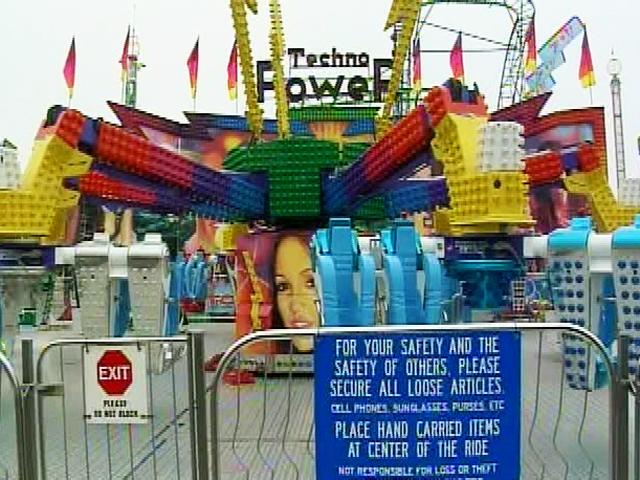 The Techno Power ride is a spinning ride that has multiple arms with six seats in pods at the end of each arm. The ride was immediately closed down after the accident, and will remain closed until state inspectors complete their investigation.

Fair operators are puzzled as to how the ride could have malfunctioned. “We go above what the state requires us to do as far as the rides are concerned. They are inspected and tested each and every day before the gates open,” said fair representative Linda Zweig.

Amusement parks such as that created by the San Diego County Fair can be liable for ride injuries under various theories of liability. The ride may be designed defectively or erected incorrectly, there could be mechanical defects, or it could be the result of operator error. Under each theory of liability, however, the operators of the park can be liable for all personal injuries caused by the accident.

END_OF_DOCUMENT_TOKEN_TO_BE_REPLACED

California has onerous medical and nursing home malpractice awards. As we’ve discussed, under no circumstances can an award for non-economic damages (e.g., pain, suffering, disfigurement, etc.) be more than $250,000.00. If a jury, in its judgment, believes a person’s damages are worth more than the cap, a judge must reduce it. There are many, many examples of the injustice this misguided law has caused. By the way, the $250,000.00 figure was arbitrarily set in the early 1970s.

Since that time, there is the perennial battle of those for a free civil justice system and those for “tort reform,” who seek to limit what victims of malpractice can recover. Usually, these battles are waged on political partisan lines, and not without irony. The Democrats, often portrayed as big government advocates, argue for less regulation over the civil justice system, and Republicans, argue for more regulation.

Andrew Cochran from a blog called 7th Amendment Advocate makes an effective argument as to why conservatives should oppose tort reform. According to his bio, Mr. Cochran is a lifetime conservative and Republican who served as a political appointee in the Reagan Administration. He is also a lawyer, and a member of the Tea Party Nation and Tea Party Patriots. He believes that conservatives and Republicans should oppose tort reform efforts.

Citing the U.S. Constitution as his authority, Mr. Cochran makes several points as to why tort reform is not a conservative position:

END_OF_DOCUMENT_TOKEN_TO_BE_REPLACED 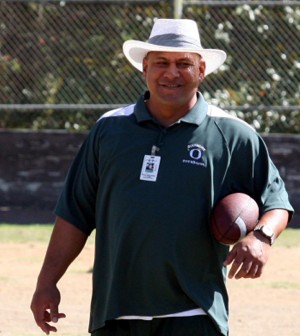 There is a very interesting legal story developing in Oceanside. Early on Christmas morning, 44-year-old Jimmy Misaalefua was gunned down in the cul-d-sac where he lived by his neighbor Robert Pulley. According to news accounts, Misaalefua was beloved in his community, a former Marine and college football player, who was an active volunteer in the Oceanside community. He left behind a wife and two children, a seven-year-old daughter and a six-year-old son, whose birthday was celebrated a week before his father’s death. A real tragedy.

The events leading up to Misaalefua death raise all kinds of legal questions about police conduct, and whether this tragedy could have been avoided.

According the North County Times, shortly before the shooting, fire fighters had been called to Pulley’s house in response to a 911 call where it had been reported that Pulley and assaulted his 20-year-old son. Apparently Pulley was acting belligerent, and it took several fire fighters to restrain him, which prompted a call to the Oceanside Police Department. When police officers arrived, they determined that this was nothing more than a domestic dispute, and no arrests were made. Police drove away at 2:40 a.m.

END_OF_DOCUMENT_TOKEN_TO_BE_REPLACED 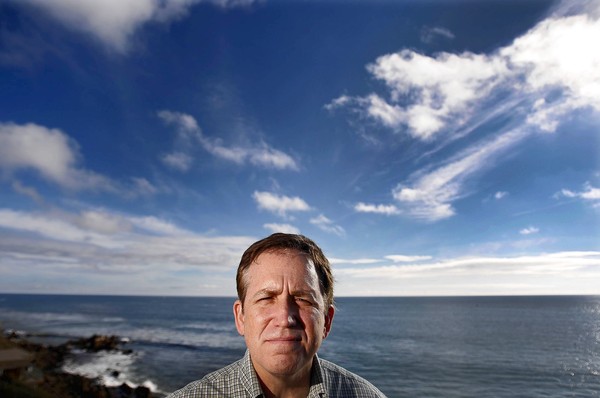 This is an amazing jury verdict. In 2004, Daniel Carlock was scuba diving with Ocean Adventures Dive Co. out of Los Angeles. During a dive near an oil rig, Carlock surfaced about 400 feet from the dive boat when he had trouble equalizing the pressure in his ears. As he tread on the surface of the water, and to his astonishment, his dive boat started to motor away.

As was established in his lawsuit, the dive-master on the boat marked Carlock as present, and then traveled to a different spot, where the group dived again and where (again) the dive-master marked Carlock as present. Meanwhile, Carlock was left floating alone in the foggy and sharky waters about 12 miles off the coast of Long Beach. He testified that he prayed to God to allow him to survive, and after about five hours bobbing in the sea, Boy Scouts passing in a nearby boat spotted him and he was rescued.

That’s the case. An obvious case of negligence that certainly warrants a measure of compensation., but $1.68 million?

END_OF_DOCUMENT_TOKEN_TO_BE_REPLACED

We have all see schlocky television ads for lawyers, but here’s a list of lawyer ads that should be given awards for their awfulness. Click here to see several AWFULLY HILLARIOUS LAWYER ADS

END_OF_DOCUMENT_TOKEN_TO_BE_REPLACED

The Boy Scouts of America have agreed to settle a lawsuit with six former scouts who alleged that they were molested in the 1980s by their Portland area scout leader. The settlement is confidential, but to avoid trial, the Boy Scouts have agreed to pay an additional $2.25 million in punitive damages.

One of the plaintiffs participating in the settlement was Kerry Lewis, a 38-year-old who actually won a separate trial last April, when a jury awarded him $20 million in damages for the molestation he endured as a scout in the 1980s. In order to avoid the expected appeal by the Boy Scouts, and to get on with his life, Lewis participated in the settlement this week. What was stunning about Lewis’s trial was that the trial judge allowed into evidence files maintained by the Boy Scouts that documents complaints made about suspected molestation:

END_OF_DOCUMENT_TOKEN_TO_BE_REPLACED

Watch this excellent video from the Consumer Attorneys of California about what lawyers are doing now, and have done for centuries, to protect the rights of individuals. I particularly like that it highlights California’s Medical Injury Compensation Reform Act (MICRA) and the injustice it has caused. Most people don’t realize that the non-economic damages caused by medical errors (non-economic = pain, suffering, and overall impact the injury has caused) cannot exceed $250,000.00…ever. That amount was set in the early 1970s and has never been adjusted. Imagine, if a young mother was killed by a negligent driver, a jury would deservedly give her surviving husband and children hundreds of thousands of dollars, maybe millions. If a negligent doctor causes the death, her life can’t be worth more than $250,000.00.

A World Without Lawyers –
END_OF_DOCUMENT_TOKEN_TO_BE_REPLACED

One of the most maligned jury verdicts in United States history is the McDonald’s coffee case. You can approach 100 people on the street and ask if they’ve heard of it, and 95 will have heard of it, and a majority of those will have a negative opinion. The case has been used as an example of how our jury system fails us, and how lawsuits are nothing more than lotteries, with frivolous claimants hoping to hit it big.

But what most people don’t know is that the true case of Stella Liebeck, the plaintiff in the McDonald’s coffee case has a very compelling story. Now filmmaker Susan Saladoff is trying to complete a documentary about the case, and to get the true facts out there.

For example, most people are not aware that:

END_OF_DOCUMENT_TOKEN_TO_BE_REPLACED

Good news California. The U.S. Supreme Court may have just inadvertently helped us put an end to the maddening referendum process that pollutes every election cycle in our state. Yesterday, in the case of Doe, et al. v. Reed, Washington Secretary of State, the Supreme Court voted 8-1 that individuals who sign petitions to put referendums on state ballots do not have a privacy right under the First Amendment to keep their name a secret.

The case arose out of a Washington State ballot measure that sought to overturn a state domestic partnership law. Opponents of the measure sought to obtain the names of the 130,000 individuals who signed the petition in order to verify that the signatures were valid. A group called Protect Marriage Washington, which opposes gay marriage, sued to block the release of the names, arguing that those who signed would be subject to threats and harassment, and would likely have their names posted on the internet. Signers, the group argued, have a right to privacy that is protected by the First Amendment.

At first, a federal judge agreed, and prevented the release of the names, but the 9th Circuit Court of Appeals overturned the trial judge in favor of releasing the information. The Supreme Court then took the case on and ultimately agreed with the 9th Circuit.

END_OF_DOCUMENT_TOKEN_TO_BE_REPLACED
What Our Clients Say:
"Walton Law Firm was amazing. Very professional, but personal. Having a lawyer to make sure that everything is taken care of removed so much stress."★★★★★- Wayne G., Encinitas -
"After my husband was killed in a motorcycle accident, Randy was there from the moment I first called."★★★★★- Suzanne S., Escondido -
"Calling Randy was the best decision I could have made. He got me an excellent settlement that covered all my medical bills and put a sizable chunk of money in my pocket."★★★★★- Erik S., San Marcos -
"Truly as good as it gets, if not beyond great, for Randy Walton and his paralegal Sarah Earnest. He and she are both incredibly dedicated to what they do and I never felt I couldn't trust him."★★★★★- Natalie T., Lake Elsinore -
"Randy is a great lawyer and a better person. He went above and beyond the call of duty to reach a settlement in my case. He believed in my case when no one else did."★★★★★- David C., San Diego -
Contact Us
free consultation 760.571.5500