As congregants of the Church of the Resurrection in Escondido gathered for a service several children were playing around a golf cart used by church staff. One of those children was a 4-year-old boy. For reasons currently unknown, the cart accelerated forward and onto the young boy, who became trapped. Several nearby adults ran to the cart and removed the child, who was in medical distress.

The parents of the child put him in their car and began driving to the hospital when they passed the Escondido police and fire station on Centre City Parkway. Instead of continuing to drive, the parents chose to pull over and seek help from police and fire, who took over the car. The boy was transported to Palomar Hospital before being taken to Rady’s Children’s Hospital where he later died. 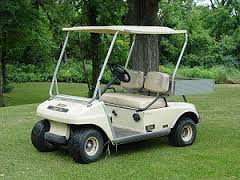 The circumstances surrounding the accident and unclear, but there is likely civil liability for the church, assuming it owns the golf cart. Negligence law requires that all people and business (including churches) act reasonably, and do not create any dangerous circumstances. That duty is very likely heightened when there are children at play, where items like golf carts can become an attraction.

Parents, of course, have a duty to keep an eye on their own children, but it is not clear whether the children were in the possession of their parents at the time of the incident, or participating in a church childcare setting.

Based in North County San Diego, the personal injury lawyers at Walton Law Firm represent individuals and families who have been impacted by the negligent or intentional acts of another. The law firm handles cases involving catastrophic injury and wrongful death matters. To discuss any injury matter,cCall (760) 571-5500 or (866) 607-1325 for a free and private consultation.