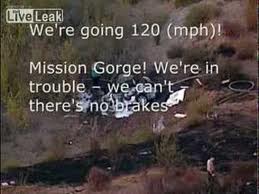 The settlements of most personal injury cases are confidential. Usually a defendant agrees to pay a settlement under certain conditions. One, that no liability is admitted (e.g. we did nothing wrong, but will pay you to “buy our peace”), and two, that the settlement amount will be confidential. Most injured parties agree to these terms, because, frankly, personal injury cases are about compensation, and a fair settlement is always better than protracted litigation.

In the high-profile cases involving a malfunctioning Lexus that killed an entire San Diego family, such a settlement was entered into. Last September the public was notified that the case had been settled, but that the actual settlement figure was “confidential,” and would not be disclosed. Case closed.

Not so fast. While the parties to the litigation agreed in writing to keep the settlement confidential, several media organizations fought to make the settlement public, arguing to a Los Angeles judge that there were compelling public interests to release the amount. The settlement amount of $10 million was disclosed.

“At the end of the day, I think the motion to seal is not well taken,” Judge Anthony Mohr said. “I think that in this case, the right to know overpowers the concerns raised by the plaintiffs and defendants.”

Legal observers wondered about the amount of the settlement. The tragedy here was obvious, the loss of several lives. But under California’s wrongful death law the extended heirs usually have a difficult time proving a personal loss because of relationships with decedents that are frequently not that close. For example, the loss of a father to a minor child is generally considered a greater loss than the loss of a grown child to an elderly parent (as much as these things can be measured). When the whole family is killed, who recovers?

After the release of the settlement figure, plaintiffs’ attorney John Gomez said the money would be split among three households: John Saylor of Missouri, the father of the CHP officer who died in the accident; Joan Robbins of Missouri, Saylor’s mother; and Fe and Cleto Lastrella, the parents of Cleofe and Christopher, who was also killed in the accident.

The personal injury lawyers at Walton Law Firm represents individuals and families who have been impacted by all types of injury-producing incidents, including auto accidents, wrongful death claims, worksite injuries, elder abuse and neglect, sexual molestation, pedestrian injuries, construction accidents, property injuries, and malpractice matters. Call toll free at (866) 607-1325 or locally at (760) 571-5500 for a free and confidential consultation.