San Diego County has been experiencing several years of “the deadly hit and run,” according to a recent article in Voice of San Diego.  Indeed, between the years of 2008 and 2012, the California Highway Patrol (CHP) reports that more than 17,000 hit-and-run accidents occurred across the county.  In those accidents, nearly 7,000 victims sustained serious injuries and nearly 60 suffered fatal injuries. 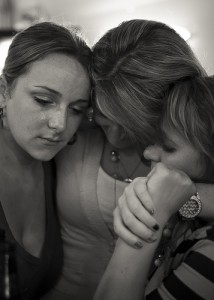 What’s happening in San Diego County when it comes to deadly car accidents?  Officer Mark McCullough indicated that the sheer number of hit-and-run accidents hasn’t climbed dramatically in the last five years, but the egregiousness of the cases has grown.  For example, in 2014 alone, “11 pedestrians have been hit and killed by drivers who fled the scene,” according to data collected by the San Diego Medical Examiner’s Office.  Let’s remember that the average number of deaths is about 10, and we already have 11 heinous cases reported by June of this year.

And to make matters worse, hit-and-run drivers, by and large, are getting away with these crimes.  The San Diego Police Department explained that it has only solved one of the fatal hit-and-runs that have occurred since January.  As early as February of this year, NBC 7 referred to the “spike in hit-and-runs as an epidemic,” and more of these catastrophic collisions have happened since.

In February 2014, San Diego news agencies had reported a “quick succession” of hit-and-run accidents.  On January 31, Seamus O’Bryan, 32, was killed by a white sedan that struck his motorcycle.  O’Bryan had been transporting himself and a friend, Peter Newbigin, who had been visiting San Diego from Australia.  The white sedan “had been traveling in the wrong lane.”  It stopped only briefly after striking O’Bryan’s motorcycle before turning and “speeding out of sight.”

Many people in the area witnessed the crash and called for an emergency medical response team.  However, O’Bryan was pronounced dead less than 30 minutes later.  San Diego detectives “were never able to track down the driver of that white sedan.”

Accident Resources and Getting Legal Help

As the article points out, the more severe a crime, the more resources that a police department will provide to track down leads.  For hit and run cases that result in fatal injuries, the San Diego Police Department does its best to collect evidence that can lead to an arrest.

However, the traffic division of the San Diego Police Department has only six detectives assigned to it due to budget constraints.  As such, “detectives juggle a stack of cases each day, which include misdemeanor traffic cases as well as felonies, like hit-and-run fatalities.”

Have you been injured in a car accident or lost a loved one because of a fatal hit-and-run collision?  It’s important to discuss your case with an experienced San Diego accident attorney, as you may be able to seek compensation for your injuries.  Contact our office to learn more about how we can assist with your case.