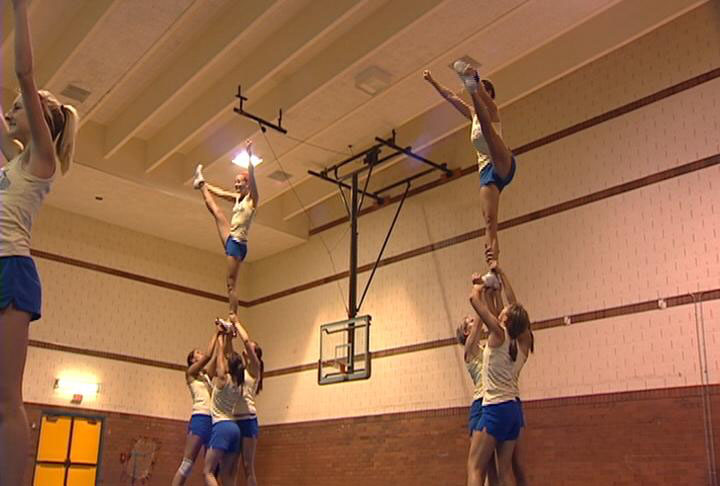 It wasn’t that long ago when you would be impressed by the high school cheerleader who could do back flips on the sidelines. Now back flips are practically a prerequisite. As cheerleading becomes more and more recognized as a sport, and the competitive demands grow, doctors are seeing an increasing number of severe injuries related to cheerleading accidents.

Take the story of Laura Jackson. Starting at the age of 14, Laura loved cheerleading and dreamed of being on the sidelines at the high school football games, and maybe even college. On the day of tryouts, however, her life changed. As she attempted a move called a “back-tuck” – a moved she learned just for the tryout – she misjudged the spotter and struck her head on the ground, breaking her neck. Laura is now quadriplegic.

According to the National Center for Catastrophic Sport Injury Research at the University of North Carolina, cheerleading is by far and away the most dangerous sport in America for girls. Of all the catastrophic injuries suffered by girls in sport – injures causing permanent disability – cheerleading accounts for 65%. Nearly 30,000 cheerleaders are treated in Emergency Rooms around the country annually, tripling the amount from 1980.

Here’s a sampling [from an MSNBC story]:

• In 2007, 17-year-old Patty Phommanyvong was struck in the chest by a teammate’s fist as she plummeted from a stunt at a football game at her high school in Los Angeles; she’s now 19 and living in a nursing home, unable to move or eat or speak.

• In 2005, 14-year-old Ashley Burns of Medford, Mass., hit her stomach on another cheerleader’s shoulder while spinning down from an acrobatic move called a double down; she ruptured her spleen and died almost immediately.

• In 2008, Wesley Patterson, 20, who had been recruited for one of the guy spots on the cheer team at Prairie View A&M in Prairie View, Texas, fumbled a turn while tumbling, and like Laura, he’s now a quadriplegic.

There are also serious liability issues for schools. “Cheerleading is not taken seriously enough, even by the people who teach it themselves,” said Kimberly Archie, of the National Cheer Safety Foundation. “They don’t realize that they’re asking kids to do acrobatics that put them at high risk.” Since cheerleading is not considered an organized sport, most schools do not provide adequate safety equipment, or require any training of the coaches. Frequently the coach is a recent high school grad who him/herself was a cheerleader only a year or two before.

The accident and injury lawyers at the Walton Law Firm represents individuals and families who have been impacted by all types of injury-producing incidents, including auto accidents, motorcycle accidents, wrongful death claims, worksite injuries, elder abuse and neglect, sexual molestation, pedestrian injuries, construction accidents, property injuries, and malpractice matters. Call toll free at (866) 607-1325 or locally at (760) 571-5500 for a free and confidential consultation.