Traumatic brain injuries (TBIs) can result from many different kinds of accidents; often, these serious and life-threatening injuries are not preventable. But if we know what kinds of accidents can put our kids at risk of a severe head trauma, can we work on better preventing these injuries from occurring?

Reasons for TBIs Shift from C 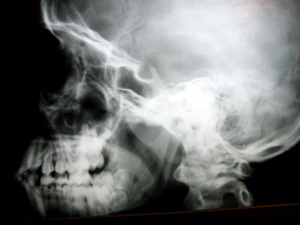 A recent article on NPR discussed the different ways in which children sustain TBIs. Adults sustain brain injuries most often following involvement in a car accident, according to the Centers for Disease Control and Prevention (CDC). Children, however, tend to sustain TBIs more frequently from falls. According to the article, the changes in the ways that children, teens, and adults suffer injuries tend to shift as “their forms of motion change.” And the types of fall-related injuries also vary depending upon the age of the child.

An article published in the New England Journal of Medicine emphasized that young children sustain brain-related injuries from different types of falls than do young adults. The authors of the paper are members of the Pediatric Emergency Care Applied Research Network, and their research involved analyzing data from 43,000 children admitted into emergency rooms from “blunt force head trauma” between the years of 2004 and 2006.

Falls Most Common Cause of Childhood Head Injuries

The article’s authors found that three primary causes of blunt force head trauma exist for children under the age of two:

As is evident, the top three causes of brain injuries for children under the age of two are all linked to fall-related injuries. By and large, falls from heights produce the highest number of serious injuries in these young kids. At the same time, however, it is important to note that falls that occur while a child is standing, walking, or running can also lead to a severe head trauma. How many times has your child slipped and fallen while running on the kitchen tile? How frequently does your toddler trip and fall on the playground asphalt?

For kids between the ages of two and twelve years old, the researchers also discovered that fall-related injuries are the major cause of serious head injuries. The top three causes of head trauma for kids in this age group include:

As children grow older, the causes of their head injuries look more like those of adults. Specifically, teen head traumas most frequently result from assault (24 percent), sports (19 percent), and car accidents (18 percent).

If your child suffered a brain injury in a dangerous slip and fall accident, you may be able to file a lawsuit. Contact a dedicated San Diego premises liability lawyer today to discuss your options.

Brain Impairment at a Younger Age for Tackle Football Players