Many Californians own dogs, but it’s important to remember that dogs can be very dangerous when they bite. Indeed, a dog bite injury can quickly become infected, resulting in severe and life-threatening complications. If you or your child sustained injuries in a dog bite accident, you shouldn’t wait to speak with an experienced San Diego dog bite lawyer. You may be able to file a lawsuit to seek compensation for your injuries. 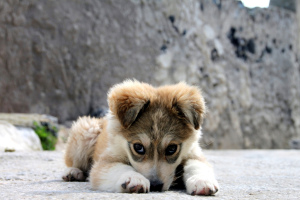 According to a recent report from ABC News, a Modesto, California woman was mauled by four pit bulls, and her son died while trying to save her life. The victim, Maria Fernandez, 77, heard her son out back and saw that four pit bulls had attacked her son. “They were all around him,” she explained. Trying to help her son fend off the animal attack, she “tried to chase them with a broom,” but the dogs then attacked Maria. Her 54-year-old son, Juan Fernandez, managed to get away from the animals, but he came back to save his mother’s life.

Maria sustained “bites on her arms, shoulder, and head,” and she also “suffered a broken leg,” according to the report. She remembers seeing that she “had all blood all over.” She managed to make it back inside her house as her son Juan sustained additional attacks from the dogs outside. Juan’s injuries ultimately proved fatal. The dogs belonged to Maria’s neighbors, who have since moved away. The Stanislaus County Sheriff’s Office hasn’t yet determined whether it will press criminal charges. As of early this month, Maria remained in a rehabilitation center, receiving treatment for her injuries.

Another recent article in U-T San Diego emphasized that dogs can bite at any time, and dog bite injuries often require immediate medical treatment. Last month in Valley Center, a man had been driving erratically. One motorist described the suspect as “swerving all over the road” and failing to yield to other motor vehicles. Deputies engaged in a slow-speed pursuit with him, and the suspect ultimately stopped his vehicle, got out, and ran. The deputies released a police dog, and the dog bit the suspect. He was transported to Palomar Medical Center in order to receive treatment for his wound before being taken into custody.

Before thinking about essential treatment for dog bite injuries, it’s important to consider prevention. An article on WebMD emphasizes that dogs bite more than 4 million Americans each year, and about 50 percent of those victims are children. Indeed, children are at greatest risk of a serious or fatal dog bite injury. And of those millions of victims, approximately 20 percent require immediate medical attention, according to statistics gathered by the Centers for Disease Control and Prevention (CDC). What can you do to prevent a dog bite injury?

Many dog bite injuries require immediate treatment. Without medical attention, a dog bite injury quickly can become infected. When you’ve been attacked by a dog, it’s important to seek treatment from a healthcare professional and to contact an experienced San Diego dog bite attorney. Contact the Walton Law Firm today to learn more about how we can assist with your case.