Many of us have family pets, and we often assume that domestic dogs are safe around children. However, dog bite accidents happen more frequently than we might think. A recent article in NBC News San Diego reported that a dog owner was recently arrested in connection with an animal attack incident at a Lowe’s Home Improvement store in Murrieta. 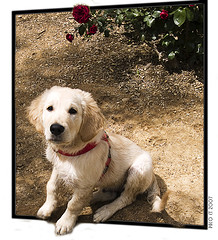 A dog bite or an animal attack can cause severe and often life-threatening injuries. If you or a loved one recently sustained injuries due to a dog attack, it’s important to speak to an experienced San Diego personal injury lawyer. You may be eligible for financial compensation.

Details of the Murrieta Dog Attack

Just a few days after Christmas, a 3-year-old boy sustained severe injuries after being attacked by an Akita in the garden center at a Murrieta Lowe’s Home Improvement store, just north of San Diego County, according to NBC News San Diego. The police report indicated that the dog’s owner, Robert Kahn, brought his dog into the store. The young victim wanted to pet the dog, and Kahn, 62, agreed. When the boy reached out to pet the Akita, “the animal lashed out and bit the boy on the jaw, neck, forehead, and right below his eye.”

Immediately after the incident, Kahn grabbed his dog and fled the scene of the accident. The boy was rushed to the local Inland Valley Regional Medical Center. He received about 50 stitches while there, and was later transferred to the Rady Children’s Hospital in San Diego. NBC New San Diego reports that he’s currently in stable condition.

Because Kahn fled the scene, police sought local help in locating the owner of the dangerous dog. Murrieta police released a surveillance image of Kahn with his dog, and by the following day, the media were able to confirm his identity. His home is located only about a mile from the store. He claimed he left the Lowe’s because he was afraid his dog would be taken away. The Akita was placed in quarantine.

Murrieta police arrested Kahn shortly thereafter. The Riverside County District Attorney’s Office has since charged him with “willful cause of bodily injury by an animal,” according to the Murrieta Police Department. The dog “remains quarantined in the custody of animal control officials.”

Since the incident, police have uncovered evidence that the Akita was involved in two additional incidents in October and November of 2013. Allegedly, the dog “showed aggression toward young children, ages 3 and 5.” While those incidents were “less severe than the Lowe’s attack” as none of the victims required hospitalization, they suggest that Kahn’s dog may not be safe to keep as a domestic pet.

Are Some Breeds More Dangerous Than Others?

Akitas have a reputation for being a dangerous dog breed, but is the issue one of nature or nurture? While the American Veterinary Medical Association doesn’t come down decidedly either way, it does provide statistics about the breeds responsible for the highest number of dog attacks in the country.

The most dangerous breeds, based on the reported number of attacks, include Akitas, Alaskan malamutes, Doberman pinschers, St. Bernards, wolf-dog hybrids, Huskies, German shepherds, Rottweilers, and pit bulls. While these dog breeds have been involved in the highest number of bite incidents, it’s important to keep in mind that any dog can attack. And when dogs do attack, young children often are at greater risk of serious injury.

If you have suffered injuries because of a dog bite, you may be able to seek compensation for your injuries. Contact an experienced California dog bite attorney today to discuss your case.