Dog bites surprisingly cost insurance companies a significant sum of money. According to an article on MSNBC, the Insurance Information Institute conducted a study which revealed that in 2011, insurance companies were liable for about $479 million for injuries resulting from dog bites. Our experienced San Diego dog bite injury lawyer is aware that the payouts for dog bite incidents are traditionally covered under homeowner’s liability policies. 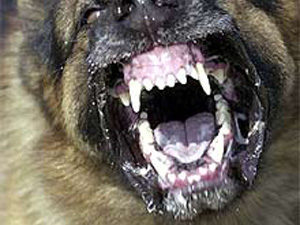 The study by the Insurance Information Institute further revealed that since 2003, there was a slight decline in the number of dog bite claims. However, this does not necessarily result in a lower liability cost for insurance companies. Unfortunately for insurance companies, the cost per dog bite claim has risen 54 percent since 2003. The logical reasoning for these sharp increases is that over the years medical costs have risen and the dollar amount awarded to plaintiffs – whether a settlement, judgment or jury award – has similarly increased.

Another possible cause for these rising cost of claims paid out by insurance companies may be the popularity of certain breeds of dogs that tend to have a dangerous propensity. Specifically, despite their rough demeanor, pit bulls have gained the affection of a large portion of dog owners in the United States. The popularity of a breed that is more likely to showcase violent behavior has resulted in an influx of dog bite incidents. A study published in the Annals of Surgery in April 2011 concluded that “attacks by pit bills are associated with higher morbidity rates, higher hospital charges, and a higher risk of death than are attacks by other breeds of dogs.”
Of course this is not to suggest that all pit bulls are dangerous, but the ability of the animal to cause damage following an attack is heightened. Serious injury and even death from dog bites are actually more common than many community members suspect.

Recognizing the rising popularity of dangerous breeds of dogs, some insurance companies have modified their homeowner liability policies so that they are not held liable for these expensive dog bite claims. An experienced San Diego dog bite lawyer knows that these insurance companies are almost always focused on minimizing payouts.

Although insurance companies are making modifications to their policies in regards to dog bites, this does not mean that victims of dog attacks will not be entitled to compensation for their injuries. If an injured individual is attacked by a dog whose owner does not have dog bite coverage, the victim still has the option of filing suit against the owner. Regardless of the circumstances, it is vital to have a San Diego County personal injury lawyer to help protect the legal rights of individuals who have suffered injuries in any kind of accident.