RIVERSIDE – This appears to be a story about an careless mother visiting the apartment of an unfit dog owner, resulting in a horrific attack on a six-month-old child According to reports, Point Loma resident Carrie McKinney left her baby in a carrier on the floor in her friend’s apartment, then left the toddler alone with a pit bull and pit bull mix dog. When the two adults heard screaming, then came into the room of the toddler and found the dogs attacking the boy. Sadly, it appears that the dogs, which were apparently biting at the child’s diaper, bit off one or both of his testicles.

According to Willa Bagwell of Animal Friends of the Valleys, an organization that provides animal control for the Murrietta area, both dogs were involved in the attack. According to Bagwell, this is the first time in over 20 years that she has seen such a serious dog bite injury on a small child. She was stunned that such a small child would be left with such large dogs, which were estimated to be 70 and 60 pounds respectively.

The owner of the dogs signed a release to allow animal control to euthanize the animals, which was apparently done yesterday.

Bagwell didn’t mince words about the attack. “It was very negligent,” She said. “We’re just all praying for this poor baby. It’s such a tragedy. And what’s sad is that it was so preventable.” 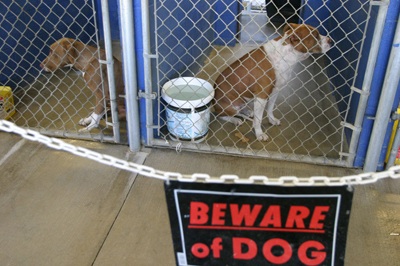 The Temecula accident and injury lawyers at Walton Law Firm represent individuals who have been injured in all types of accidents, including dog attacks / bites, auto accidents, worksite injuries, pedestrian injuries, construction accidents, property injuries, and malpractice matters. Call (866) 607-1325 for a free consultation.