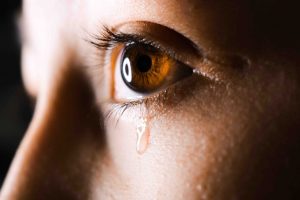 A large majority of discussions about traumatic brain injuries (TBIs) in the last decade have focused on sports-related concussions and head trauma sustained by active-duty service members. In particular, a substantial portion of TBI research has focused on the prevalence of chronic traumatic encephalopathy (CTE) among NFL football players and others involved in contact sports. In relation to studies concerning professional athletes, much research also has identified the risks of sports-related concussions among youth athletes.

Yet few studies have considered the rate and effects of concussions sustained by women who are involved in “intimate partner violence,” according to a recent article in The New York Times. In response to that research shortage, Dr. Eve Valera has begun to analyze concussions among women who have sustained head injuries inflicted by domestic partners.

According to the article, when Valera began volunteering in a domestic-violence shelter while earning a Ph.D. in clinical psychology at the University of Illinois, she began to wonder, in relation to sports-related concussions and CTE studies, “how many of the women there might be experiencing comparable post-concussive symptoms as a result of head injuries inflicted by their partners.” However, Valera “could not find any published studies on brain trauma related to such violence.” Recognizing the lack of research, Valera decided to begin conducting that research herself.

Valera’s research started with interviews with women in the domestic-violence shelter. Her first study was published in 2003, prior to the first large-scale study of CTE among retired NFL players. In that study, Valera reported that approximately 75% of the women she interviewed had experienced at least one TBI.

How do those numbers compare to the rate of individuals who suffer TBIs in professional sports and in the military? According to a 2018 study Valera published in the Journal of Neurotrauma, “1.6 million women can be estimated to sustain repetitive TBIs in comparison to the total annual numbers of TBIs reported for the military and NFL at 18,000 and 281 respectively.”

To put it another way, most of the information we currently have about concussions and CTE comes from research into men who have sustained these injuries, while women may have sustained substantially more repeat concussions that could have long-term consequences. Valera argues that more research funds need to be invested into studies that assess the ways in which concussions affect women, in particular those who have suffered head trauma as a result of domestic violence. Given that TBIs are linked to degenerative brain diseases, we need to highlight that “two-thirds of those who get Alzheimer’s diagnoses are women,” and more researchers need to investigate the effects of concussions on women.

If you or someone you love sustained a head injury because of another party’s negligence, you should speak with a San Clemente brain injury attorney about your options. Contact the Walton Law Firm to speak with an advocate today.