An automobile accident occurred on Tuesday in a residential area where several accidents have taken place in the past. According to an article in 10 News, a car veered off the road and crashed into a swimming pool behind a North County home. Our experienced San Diego automobile accident lawyer recognizes that speed is usually a factor in accidents that occur in residential areas. The probable rationale for drivers to exercise unsafe driving habits in such areas is that residential roads are not as heavily patrolled by police officers as are major roadways. This in turn creates the psychological mindset that it is acceptable to speed and/or drive recklessly since the possibility of being pulled over by a police officer is less likely.

It appears that this mindset has been adopted by several drivers who travel through Calavo Drive in a residential area located in Escondido. Bill Miller, a resident of the neighborhood, stated that there have been at least 12 accidents in the last 17 years. He has observed drivers speeding down Calavo Drive. Miller was actually a victim to one of these speeding occurrences. Four years ago, he was hit by a speeding driver on Calavo Drive as he was pulling out onto the road in a golf cart. As a result of the accident, Miller nearly lost his right foot and he has had to undergo five surgeries to fix the injured foot. It was necessary for him to use a wheelchair during his recovery. 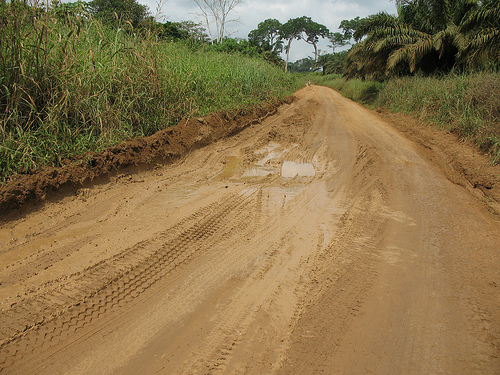 Calavo Drive attracts speeding drivers for two main reasons: (1) the two-lane road is narrow with hills and no sidewalks, and (2) there is no posted speed limit. The fact that there is no speed limit likely misleads drivers to believe that driving at high speeds on this narrow road is acceptable. Therefore, it appears that drivers have taken advantage of the county’s disinterest in setting traffic regulations on Calavo Drive, ultimately causing a large number of automobile accidents.

Given the number of accidents that have occurred on this road, residents of the neighborhood, including Miller, have a legitimate concern regarding the safety of Calavo Drive. Despite the obvious concern, The San Diego County Board of Supervisors has expressed that making improvements on Calavo Drive is not on its five-year capital improvements program. They further stated that speed limit signs are not necessary because the area at issue is residential and drivers should know to treat it as a 25 mph speed limit zone.

Unfortunately, many drivers do not exercise the common sense that The California Highway Patrol assumes that all drivers possess. Instead, as illustrated by the situation on Calavo Drive, drivers have less incentive to drive at a reasonable speed when there are no speed limit signs, causing them to travel at high speeds. Naturally, this increases the number of car accidents, often injuring local residents. If you or someone you know if hurt in this sort of situation it is imperative to seek the advice of our North County San Diego personal injury lawyers at Walton Law Firm. We offer free consultations for individuals who have suffered injuries in all types of accidents.