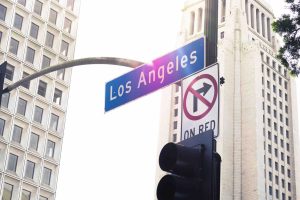 When you are driving in San Clemente or elsewhere in Southern California, are you at greater risk of being involved in a car accident than you think? Most San Diego County or Los Angeles County residents do not get behind the wheel with the expectation of suffering injuries in a serious motor vehicle collision. Many drivers have a false sense of security when it comes to driving and auto accident risk. According to a recent article in the Patch, a high percentage of Southern Californians are “in denial about safety” based on information from a recent study. We want to tell you more about the study and discuss actual car crash risks in Southern California.

Driving is King in Southern California

More than in most other major urban areas of the U.S., driving remains the preferred mode of transportation in Los Angeles County and San Diego County. Indeed, in Los Angeles County, according to the article, “private vehicles are used at more than twice the rate of the second-most popular transportation mode, ride-hailing.” To put it another way, more than double the number of people drive than use Lyft or Uber.

Even fewer residents rely on public transportation. Given that public transportation on buses and the subway is significantly more popular and viewed as more convenient in cities like New York and Chicago, and in some cases even in the Bay Area, it may be surprising that so many Southern California residents are steadfastly committed to transportation in their own cars. Why is driving a personal vehicle so much more popular and common? According to the study, motorists have a distorted idea about their own safety and the convenience of driving.

Misconceptions and Misperceptions About Driving and Safety

According to Marlon Boarnet, a faculty member at the USC Sol Price School of Public Policy, the new survey results tell us that, even when Southern Californians have “viable alternatives to driving,” they often decide to drive their own cars “in part because they feel safer.” Motorists and motor vehicle owners disproportionately believe that they are safer in their own vehicles than in a ride-share vehicle or on public transportation.

As Wendy Wood, the Provost Professor of Psychology and Business at USC’s Dornsife College of Letters, Arts and Sciences, explained: “It’s fascinating that people believe they are safer in cars than in public transit. That’s simply false. There are 40,000 deaths per year on the highways, but only a fraction of that number of deaths on mass transit.” Indeed, about 15% of Southern Californians surveyed admitted that they had been involved in a car accident in the last year.

Why do these misconceptions and misperceptions exist? As Wood clarifies, “we all feel safe and comfortable with what we know.” To put it another way, people feel safer traveling in a way that they are accustomed to, which is driving for most Southern Californians. Even though the statistics provide different information, as the Patch article highlights, drivers continue to assume they are safer when they are behind the wheel.

If you were involved in a motor vehicle collision in Southern California, an experienced San Clemente car accident attorney can represent you. Contact the Walton Law Firm today for more information.