On October 4, 2012, a retired Newport Beach policewoman, Katherine Ann Heinzel of Winchester, was convicted of vehicular manslaughter for a drunk driving accident that occurred last November. Heinzel rear-ended another car on Interstate 15 in Falbrook, both cars going hrough a guardrail and down an embankment. The other driver, 20-year-old Davieonne Kelly of Perris died at the scene and two of his passengers were injured. 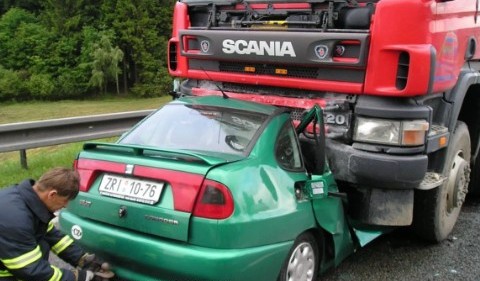 In the past 30 years, drunk driving has become a focus for many governments, particularly after Mothers Against Drunk Driving was founded in 1980. Groups like MADD petitioned and lobbied the government to enact stricter penalties against driving while intoxicated and to lower the limit for blood alcohol content while driving. Unfortunately, despite their efforts, drunk driving accidents still occur with alarming frequency. More than 1/3 of all fatal car accidents in California are alcohol-related.

While most of the focus on drunk driving is on the criminal side, there is also civil liability for a drunk driver when someone else is injured or killed. Unlike the criminal system, where the drunk driver will face jail time, in the civil law system, the injured person or their family may seek monetary compensation for the injuries and damage sustained by the victim and their family.

If the victim was injured in an alcohol-related crash, they may seek damages against the drunk driver. The victim is entitled to damages for medical costs. Medical costs may include any out-of-pocket expenses that the victim had to pay including insurance co-pays, prescription co-pays, and over-the-counter medications. The medical costs will also include reimbursements for any expenses that the victim’s health insurance company incurred, like hospital and doctor bills, and prescription medication costs. The victim may also seek payment for any lost wages, when they were unable to work due to the injuries sustained. The victim often also is entitled to compensation for the pain and suffering they experienced as a result of their injuries. Finally, the victim can sometimes seek punitive damages, designed to punish the drunk driver for his or her improper conduct to reduce their chance of repeated offenses.

If the victim of an alcohol-related crash is killed as a result, the family of the victim may recover against the drunk driver. Families may seek damages for loss of society and companionship, which is the loss of the positive benefits from the relationship between the victim and his or her immediate family. Spouses may seek damages for loss of consortium, which is the loss of affection, companionship and sexual relations typically enjoyed between spouses. The family may also recover for the victim’s pain and suffering, if they can prove that he or she suffered before passing on. Families may recover for the cost of a funeral as well. Finally, families may also seek punitive damages against the drunk driver in many cases.