Over the last year, we have read many news stories and seen various advertisements related to California’s medical malpractice cap. A ballot initiative, Prop. 46, aimed to raise the current cap to $1.1 million and to allow for inflation adjustments. However, California residents “overwhelmingly voted down Proposition 46,” according to a recent article in the Wall Street Journal.

In addition to voting against the medica 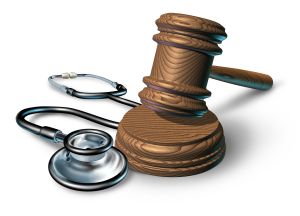 l malpractice cap increase, Californians also voted down an initiative that would have “required routine drug and alcohol testing for hospital doctors,” thereby reducing the number of preventable injuries in hospitals.

Just to remind you about Proposition 46 and how it would have changed medical negligence laws, we can take a look at the elements of the initiative. First and foremost, it sought to raise the state’s medical malpractice cap on non-economic compensatory damages from $250,000 to $1.1. million. Noneconomic damages are those for injuries like pain and suffering, which one cannot objectively quantifiy. The $250,000 cap was set back in 1975 with the Medical Injury Compensation Reform Act (MICRA). In addition, Proposition 46 would have resulted in some of the following changes:

Yet the initiative did not pass, and none of these important changes were made to California law. Why did voters not want to make sure some of these changes went into effect?

Why the Medical Malpractice Initiative Failed

According to the Wall Street Journal article, the “no” votes for Proposition 46 outnumbered the “yes” votes by nearly double—those opposed to the initiative won with a 2-to-1 margin. Why did more voters not say “yes” to Proposition 46?

Advertising may have played a considerable role in the voting numbers. Medical malpractice insurers provided substantial funding for the opposition campaign, raising nearly $58 million in total according to MapLight, which is a “nonpartisan, nonprofit organization that tracks campaign contributions.” All of that funding seems to have washed out the proponents of Proposition 46, who managed to raise about $8.5 million to promote the initiative. As such, the medical malpractice cap for non-economic damages will remain firmly at $250,000.

If you have questions about filing a claim for medical malpractice, it is very important to discuss your case with an experienced San Diego medical malpractice lawyer. Although the cap for certain damages remains at $250,000, you may potentially file a claim for substantial compensation for your injuries. Contact the Walton Law Firm today.