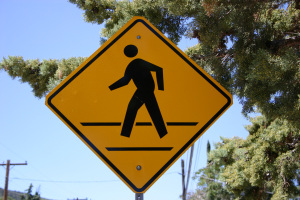 ke their eyes off the road or experience distractions, serious and fatal accidents can occur.  Indeed, according to a recent report from NBC San Diego, a woman suffered fatal injuries after she was struck by an automobile while unloading her car “along a busy La Jolla street.”  The pedestrian accident occurred in the late morning on Girard Avenue, just across the street from Nosh Delicatessen and Orange Theory Fitness, the article reported.

How did the accident happen?  According to reports, the victim, a 45-year-old woman who was a resident of La Jolla, was pinned between her own parked car and the vehicle of the elderly driver who caused the collision.  The driver, a 91-year-old, “backed out of a nearby parking spot on the west side of the street, crossed into the other side, and rammed into the woman,” according to San Diego Police Department Sergeant Joe A. Benavidas.

Benavidas emphasized that the 91-year-old driver stayed at the scene after the collision to answer questions from the police.  While the accident remains under investigation, the San Diego Police Department believes that “speed likely played a factor.”

This part of Girard Avenue—around the 7700 block—is particularly busy.  According to residents of the area, the street often produces “a difficult dance in the afternoons between shoppers and heavy traffic.”  One resident, Justin Rowley, told NBC San Diego that the intersection of Silverado and Girard, near to the victim’s fatal accident, “is always busy with foot traffic and cars.”  As such, if you are a pedestrian, “you always have to watch what you are doing when you are walking across the street.”

California law specifies that only certain people are eligible to file a wrongful death claim.  Typically, the following people are the ones to bring a lawsuit for another person’s wrongful death:

If the deceased person does not have a surviving spouse, domestic partner, or children, then the following people are the likely ones to file a wrongful death claim:

Pedestrians who sustain severe and life-threatening injuries in traffic collisions may be eligible for compensation.  If you have lost a loved one in a dangerous pedestrian accident, you should speak to an experienced San Diego injury lawyer about filing a wrongful death claim.