Over the Memorial Day weekend, tragedy struck the Newport Beach area when five Irvine teens died in a fiery car accident. According to the initial report in CBS Los Angeles, the investigation took nearly ten hours to complete, and the scene of the accident wasn’t cleared until the next morning. 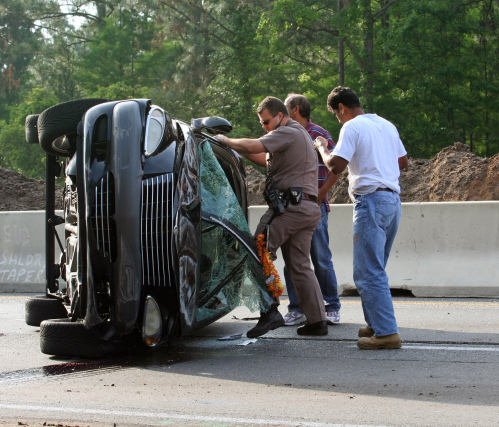 While it can be difficult to deal with the aftermath of a catastrophe like the recent car crash, it’s important to have an experienced injury attorney on your side to deal with personal injury and wrongful death lawsuits arising out of motor vehicle accidents. You can’t anticipate unexpected tragedies, but you can make sure that you have an advocate when tragedy does strike.

On May 27 at around 5:20 p.m., an Infiniti “hit a tree and split in half” on Jamboree Road and Island Lagoon Drive, according to the Newport Beach police. When the vehicle hit the tree, it ejected four of the passengers and partially ejected the fifth passenger before it caught on fire. When officers arrived at the scene, they “found the vehicle engulfed in flames.” Four of those victims were pronounced dead at the scene, and the fifth died before arriving at Mission Viejo Hospital.

Glenn White, the Newport Beach Fire Department Captain, said that the scene of the accident “was one of the worst” he had seen in “nearly 30 years” on the job.

According to a friend of the victims, the group of teens were on their way to the beach when the accident occurred. Early reports indicated that “speed was a factor in the crash.”

If speeding was a factor in the crash, then the deaths of these Irvine teenagers unfortunately may contribute to the grim statistics surrounding teen driving.

According to the National Highway Traffic Safety Administration (NHTSA), teen driving safety issues are serious enough that the administration has developed “a multi-tiered strategy to prevent motor vehicle-related death and injuries among teen drivers.” Traffic crashes are actually the leading cause of death for teenagers in the United States, and drivers between the ages of 15- to 20-years old “are especially vulnerable to death and injury on our roadways.” In fact, teenagers are involved in nearly three times the number of fatal car accidents as other drivers on the road.

How can we improve teen driving safety and hope to prevent future accidents like the tragic crash in Newport Beach? The NHTSA recommends that knowing the causes of teen driving accidents and addressing them head-on might dramatically reduce the rate of fatal teen car crashes. According to research, the inexperience and immaturity of teen drivers combines with other factors that increase their risks on the road. These additional factors include: speed, drinking and driving or other drug use, failing to wear seat belts, getting distracted with cell phone usage or loud music or other teen passengers, and nighttime driving.

If you or a loved one have questions about teen driving or about injuries sustained in a motor vehicle accident, a licensed car accident lawyer can speak to you today.