Bus accidents happen with some frequency in California, and such mass transit accidents can be especially dangerous. An article in the Huffington Post reported that federal bus safety regulators recently shut down 52 companies due to poor safety records and failures to meet certain standards. In southern California, buses are not only responsible for transporting San Diego residents on daily commutes through the city, but they also provide transportation for school students and senior citizens. And when these buses aren’t safe, victims can sustain severe injuries. 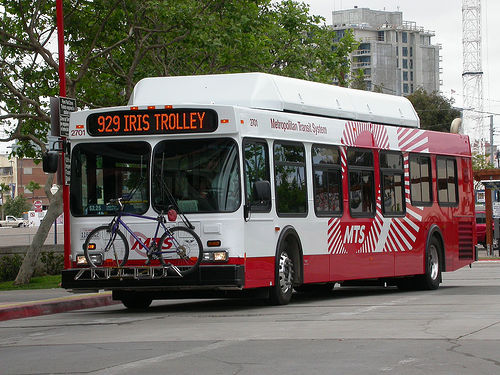 In California, there’s a statute of limitations for filing a bus accident injury claim. In our state, under California Code of Civil Procedure §335.1, you must file a lawsuit within two years from the date of your accident. If you have been injured in a bus accident, it is extremely important to speak to an experienced California bus accident lawyer.

Each year, buses carry about 700 million passengers—that number is pretty similar to the number of yearly passengers on domestic airlines. According to the National Highway Traffic Safety Administration, fatal motorcoach crashes don’t happen very frequently. However, when these dangerous accidents occur, statistics suggest that there’s no single factor at work.

For instance, between 1996-2005, the NHTSA conducted research on different types of motorcoach accidents and the related number of fatalities. The study showed that about one-third of the crashes were rollover or turnover crashes, in which passengers often were ejected from the bus. Of the remaining crashes, about one-third resulted from roadside accidents. Then, about one-fourth resulted from multi-vehicle crashes, with the remainder occurring in “non collision” situations. One statistic has remained constant, however: passengers are injured and suffer fatalities much more frequently than drivers when bus crashes occur.

Details of the Federal Shut Downs
One of the most surprising features of the recent government bus company shut downs is that these companies aren’t likely offenders. As the Huffington Post article explains, “the companies aren’t just low-cost, fly-by-night carriers.” In fact, according to Anne S. Ferro, the administrator of the Federal Motor Carrier Safety Administration (FMCSA), some of these companies have been chartered for school trips and by many different reputable organizations.

The FMCSA’s inspectors took a close look at more than 1,300 buses, and they ended up taking 340 of those buses “off the road, at least temporarily.”

Some of the violations included safety problems, as well as maintenance standard violations. In addition, some of the companies violated the “hours of service” rules that prevent bus drivers from being on the road for too long without a taking break.

The FMCSA has faced scrutiny from other federal agencies following fatal bus accidents in California and elsewhere in the U.S., and the recent inspections are intended to correct the problems that might have led to those dangerous accidents. If you or a loved one has been injured in a bus accident, you will need experienced legal counsel on your side. Contact an experienced bus accident attorney at the Walton Law Firm today.