The Fourth of July celebrations in San Diego Bay ended quickly. As many local residents saw first-hand, the fireworks show did not occur as scheduled. Instead, a computer glitch caused the show to trigger before the scheduled time, leaving holiday celebrators without the traditional fireworks show to close out their Fourth of July. The planned 20-minute firework show ended in a matter of seconds when the lights exploded unexpectedly, lighting up the San Diego night sky. 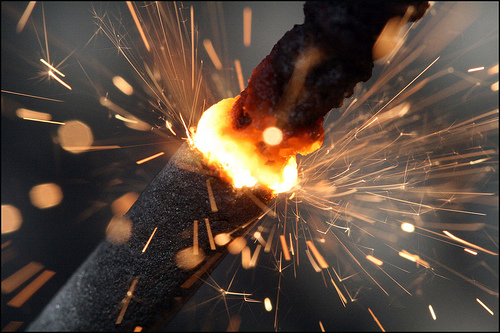 According to the Coast Guard, the fireworks triggered just minutes before the scheduled opening of the Big Bay Boom show. As documented in online video shows, the early explosion of all the fireworks at once was a short sequence of rapid and extremely loud snaps and pops. Such a scene would have likely been a cause for chaos among the spectators patiently waiting for the fireworks show to begin. Our experienced San Diego personal injury attorneys understand that mishaps can happen in even the most organized events such as these, creating the potential for spectators to get hurt.

Firework Accidents
Considering the intensity of the explosion, it is a miracle that no one was hurt. The reality is that many fireworks accidents cause significant harm to those attempting to light the explosives and to observers. Burn injuries are common. Unfortunately, children are often at the highest risk of injury from fireworks. According to data released by the American Academy of Opthalmology, of the 9,000 fireworks-related injuries each year, more than half of victims are children or teenagers. In addition, one in five injuries affect the eyes.

Various reports have already spread across the country regarding individuals injured in fireworks shows this season. For example, in Pelham, eleven people were injured on Tuesday, including five children, when several boxes of fireworks went off unexpectedly at a home.

In San Gabriel Valley a car was destroyed and several observers injured after discarded fireworks in a trash can ignited.

In Woodland a young child suffered severe burns when her clothing caught fire following a fireworks accident. The six-year old girl had apparently been using a sparkler when, for unknown reasons, her clothing ignited. She was rushed to a local hospital, but the extent of the injuries are unknown. Sparklers are common (and legal) in California, so it is unclear if the injury was a freak accident or connected to some problem with the product itself.

Legal Help
As the San Diego fireworks show mishaps illustrates, fireworks accidents can occur unexpectedly even to the most experienced parties responsible for spectacles such as these. All those hurt by these incidents–whether at a big show or a private display–should understand that they may have legal rights to seek compensation for harm caused by the accident. In our area, it is imperative for injured parties to seek the advice of our San Diego personal injury lawyers to ensure that their legal rights are protected. We offer free consultations for individuals who have suffered injuries in all types of accidents.