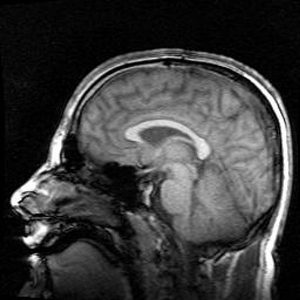 In studying 25 different youth football players between the ages of 8 and 13, the researchers were surprised to learn of the force with which kids on the field sustained hits to the head. The researchers equipped each child with a helmet that included sensors to measure both the frequency of head impacts, as well as their severity. Of the children studied, 60% sustained hits to the head during the course of a practice that registered on the researchers’ scales. According to Dr. Alex Powers, one of the authors of the study who is also a pediatric neurosurgeon, the youth players were “hitting [one another] at extremely high levels.”

Prior to recording data from the head hits, the kids involved in the study underwent pre-season MRIs. After the season was over, the researchers performed post-season MRIs of the brains of each of the children involved in the study. What were the researchers looking for? In brief, they were seeking out “tiny changes in white matter, which is the tissue that connects the neuron-rich gray matter.” And what did they find? According to Dr. Chris Whitlow, one of the lead researchers in the study, the researchers “detected some changes in the white matter . . . and the importance of those changes is that the more exposure you have had to head impacts, the more change you have.”

Impacts of the Study on Kids and Sports

What impacts will—or should—the new study have? According to Whitlow, the study should make clear to parents and to coaches that children’s brains are changing and growing, especially when they are between the ages of 9 and 18. Given that we still do not know a lot about precisely how those brain changes impacts kids in the long run, we may need to reconsider whether it makes sense to allow kids to play tackle football.

At the same time, though, Whitlow emphasizes that the study also warrants more study to answer some of the following questions:

In the meantime, if you have questions about filing a brain injury lawsuit in California, a brain injury attorney in San Diego can assist with your case. Contact the Walton Law Firm to discuss your options.