Earlier this year, General Motors (GM) recalled nearly 3 million automobiles due to a very dangerous defective ignition switch.  The automaker has been in the news since early 2014, as new reports about fatal injuries continue to surface.  According to a recent article from NPR, more product recalls are on the way.  And indeed, based on a related story in Forbes, those recalls may continue through summer 2014. 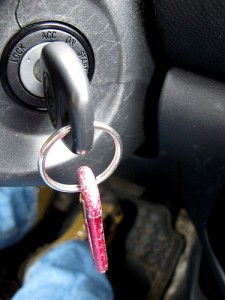 As a brief reminder, the GM recall affected a number of different models, and it concerned a faulty ignition switch.  The models affected include:

No current-year models have been affected by the recall, but thousands of the affected vehicles remained on the roads in early 2014.  Because of the defective ignition switch, at least 13 people sustained fatal injuries, and commentators have indicated that “possibly more” victims will be identified in the coming months.

General Motors recently completed a report for federal regulators “outlining the problems that led to its ignition switch recall crisis,” according to Forbes.  With regard to the report, chief executive Mary Barra emphasized that GM’s board members “got no specific information about the defects that have led GM to recall 2.6 million Chevrolet, Pontiac, and Saturn vehicles.”  The report suggests that “lower-ranking employees either made decisions or did nothing without letting the company’s most senior leaders know.”  Specifically, Barra said, “individuals failed to disclose critical pieces of information that could have fundamentally changed the lives of those impacted by a faulty ignition switch.”

Yet just as GM is completing its investigation into the ignition switch issue, the automaker issued additional recalls for more than 100,000 automobiles, according to NPR.  Nearly all of these vehicles were located in the U.S.  This recent news brings GM’s total for 2014 to 34 recalls—a shockingly high number of recalls that have affected approximately 14,000 cars.

Which vehicles are involved in the latest recall?  More than 57,000 heavy-duty Chevy Silverado and GMC Sierra full-size pickup trucks have been implicated, along with Chevy Tahoe, Chevy Suburban, and GMC Yukon sport utility vehicles.  Unlike the earlier recalls, however, the new ones affect vehicle models from 2014 and 2015.  In other words, automobiles that currently are on the market have been implicated.

What’s the defect with these pickup trucks and SUVs?  According to GM, the truck may be “out of compliance with motor vehicle safety standards covering theft protection, rollaway protection, and occupant crash protection.”  The recall concerns the base radio.  The base radio may have a defect that can result in vehicle occupants failing to receive audible warnings about seat belts and the ignition.

In addition to the pickup trucks and SUVs, the new recall also concerns more than 30,000 Buick Verano, Chevy Camaro, Chevy Cruze, and Chevy Sonic cars.  A defect in these vehicles may prevent the airbags from deploying properly.

If you or a loved one has been injured by a defective automobile, it’s very important to contact an experienced San Diego product defect lawyer.  At the Walton Law Firm, we have years of experience helping residents of Southern California seek compensation for personal injuries related to dangerous products.  Contact us to learn more about how we can help.