While the NFL concussion lawsuits have made many Californians aware of the risks of sports-related head trauma, it’s important to remember that these injuries aren’t limited to professional sports. Indeed, a recent article in Consumer Affairs reported that “high school players are at much higher risk than youth- or college-level players” of sustaining a traumatic brain injury (TBI) on the field. And when do most of these injuries take place? According to the article, it’s not during the games. Rather, a majority of concussions occur during regular practices. 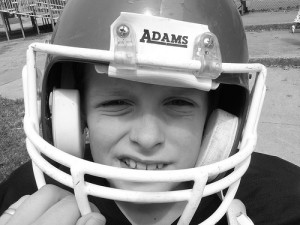 Did you know that more than 50 percent of all concussions sustained among high school and college players take place during practices? That’s the conclusion drawn by researchers in a new study in JAMA Pediatrics, which examined data from more than 20,000 athlete seasons. If so many TBIs are taking place during practices, should coaches and other officials be doing more to prevent these serious injuries?

As many of us know, sustaining multiple concussions can put athletes at risk of chronic traumatic encephalopathy (CTE), a degenerative brain condition that ultimately can lead to untimely death. If young athletes can practice sports more safely, coaches and trainers should be doing more to prevent concussions. According to the authors of the study, “concussions during practice might be mitigated and should prompt an evaluation of technique and head impact exposure.” Further, the researchers recognized that, “although it is more difficult to change the intensity or conditions of a game,” coaches and others can employ “many strategies during practice to limit player-to-player contact and other potentially injurious behaviors.”

During the 2012 and 2013 football seasons alone, players sustained a total of 1,198 reported concussions. Of those reported, about 12 percent occurred in youth football, nearly 22 percent in college, and more than 66 percent in high school football. While TBIs occurred most frequently at the high school level, the study emphasized that “football practices were a major source of concussion at all three levels of competition.”

In California, we have a concussion safety law that aims to help with the prevention and treatment of sports-related head injuries. The law specifically governs “limitations to full contact activities in tackle football, concussion management, and return to play following concussion and other head injury.”

Recognizing the number of concussions sustained by student athletes each year, the California legislature instituted language that would help to protect young football players after sustaining brain trauma. In short, coaches and trainers must take certain steps to ensure the safety of athletes. And if they fail to abide by the law, they may be liable for injuries.

Sports-related concussions can have serious and even fatal consequences. If you have a child who plays contact sports like football or hockey, it’s important to understand the risks. And if your child sustains multiple concussions during the course of play, you may be able to file a claim for financial compensation. Don’t hesitate to discuss your case with an experienced San Diego brain injury attorney.