Was 2014 really the year of the deadly hit-and-run accident in Southern California? Three deadly collisions that occurred just before the end of the year don’t bode well for car accident prevention and pedestrian fatalities in 2015. Hit-and-run crashes often are preventable, but when they do happen, it’s important to remember that you have legal rights. 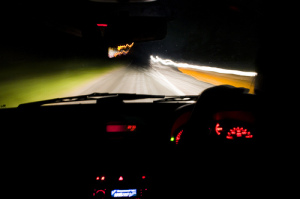 According to a recent article from NBC 7 San Diego, police have been dealing with a number of serious and fatal hit-and-run collisions at the end of the holiday season. By December 29, authorities were investigating three separate hit-and-run accidents that occurred on the same day in National City, City Heights, and Oceanside, respectively.

How did these deadly accidents happen, and could they have been prevented? The first accident occurred in the early hours of the evening at around 6:30 p.m. in National City. An elderly pedestrian, Armando Guerrero, 75, had been crossing the street in a crosswalk. While in the bounds of the crosswalk, a white pickup truck struck Guerrero before fleeing the scene. The victim sustained fatal injuries and died at the scene of the collision. Authorities have yet to locate the truck involved in the crash, which they believe to be an older-model Nissan or Toyota with front-end damage.

A second pedestrian accident occurred at around the same time. In this case, the victim was a 23-year-old man who had been standing on a center divide near 52nd Street and University Avenue in City Heights. According to U-T San Diego, police received a call about a hit-and run accident at 6:21 p.m. on December 29th, and emergency responders rushed to the area. However, the victim was pronounced dead at the scene of the crash.

Almost concurrently, another 24-year-old man sustained fatal injuries in a hit-and-run accident near Camp Pendleton. The victim tried to cross Interstate 5, and he was struck by more than one vehicle, according to police reports.

And hit-and-run accidents aren’t the only ones taking place near San Diego. Just a day prior to these deadly accidents, a tow truck driver was seriously injured in another collision in Encinitas. The tow truck driver responded to an accident that occurred early in the morning on the northbound side of Interstate 5, according to a report from NBC 7 San Diego. That accident involved only property damage, and required that one of the cars be towed from the interstate. An oncoming car “collided into the tow driver as he was attempting to get the vehicle up on the back of the tow truck.”

Hit and Run Facts and Figures

Hit-and-run accidents are on the rise in the San Diego area, but they’re also happening with more frequency across the country. A report in USA Today suggested that hit-and-run collisions are becoming epidemic in a number of major American cities, in particular in Los Angeles and San Diego. The number of fatal accidents of this type reported by the National Highway Traffic Safety Administration (NHTSA) in the last several years confirms this trend:

The NHTSA continues to collect data on hit-and-run fatalities between 2012-14, but the early numbers appear to show a continuation of the upward trend. Can we make 2015 a year of pedestrian safety in San Diego? Time will tell whether hit-and-run prevention measures can help to decrease the occurrence of these deadly accidents.

If you or a loved one has recently been injured in a serious hit-and-run accident, you should speak to an experienced San Diego car accident lawyer today.